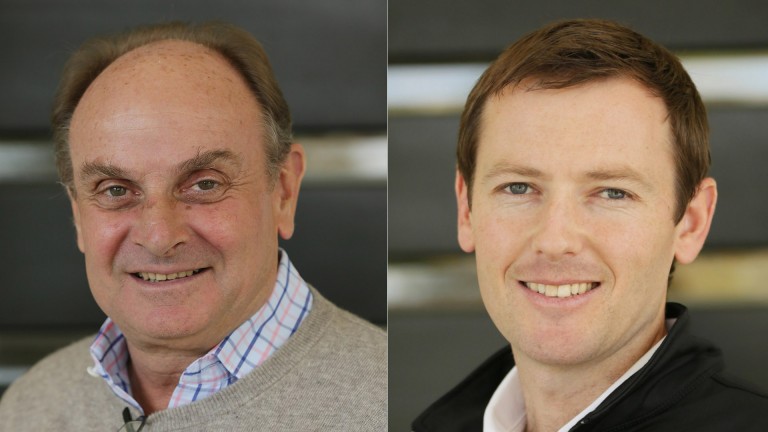 'Iconic' is a term thrown around far too freely, its meaning cheapened by oversupply. But in the case of Cambridge Stud and its importance to New Zealand breeding, it is very much a valid description.

After more than 40 glorious years at Cambridge Stud, the Hogans decided to sell up last year, passing the baton to Auckland businessman and successful owner-breeder Brendan Lindsay and his wife Jo.

The Lindsays officially took over as owners in April, with former Darley Australia managing director Henry Plumptre installed as chief executive and Godolphin Flying Start graduate Scott Calder joining the team from Coolmore as head of sales and nominations.

We asked Calder, a New Zealand native, and Plumptre about the first months of the new era for Cambridge Stud.

A couple of months after the Lindsays took over the stud, how have things gone? What are your first big projects?

Scott Calder It's been all go since the changeover took place. Obviously, the acquisition of Almanzor has been the big news on the bloodstock front. To have a European champion coming to New Zealand is hugely exciting and we're really looking forward to showing him off to breeders next month.

An adjoining property has been purchased and is being redeveloped and some of the construction has already started on the existing buildings at Cambridge Stud which will continue over the next few years.

Brendan and Jo have been active at the yearling sales buying predominately fillies to race in Australia and New Zealand and we also presented our first draft at the NZB Karaka May Sale. We’re only a few months in but it’s pretty obvious things aren’t going to stand still for long at the farm under the Lindsays.

Henry, how did the relocation to New Zealand from Australia go?

Henry Plumptre Very smoothly – having spent quite a bit of time in New Zealand over the past thirty years, it was relatively straightforward to relocate to Cambridge.

Having a very supportive wife in Michele has made it that much easier, as has the fact that we have no children left at home.

A long relationship with Sir Patrick, which included the sale of Maroof and Keeper, also made the Cambridge position an important milestone for me.

How have you found the challenge of balancing respect for the stud's great heritage with putting the new owners' stamp on things?

SC I think overall the best thing we can do to honour the farm’s heritage is to continue to produce top racehorses.

Cambridge Stud has been incredibly successful through the years, so it’s a lot to live up to but we have the benefit of much of the land, bloodstock and staff remaining the same.

In saying that, you’ve got to keep moving forward or you'll be left behind so it’s important that we keep investing in the bloodstock and property. Brendan and Jo are really passionate about the horse business and incredibly driven people, so already you are seeing them put their imprint on the farm and the Cambridge Stud brand.

While many of the fundamentals will remain the same it is a new era for the farm and an incredibly exciting one at that.

How is the existing stock owned by the Lindsays being integrated with the purchased Cambridge Stud stock?

SC Brendan and Jo are already Group 1 breeders in their own right and have been operating from their Karaka property that also includes the Lindsay Racing team under the guidance of trainer Lance Noble.

The two properties will work hand in hand and the broodmare bands have already been integrated. The Cambridge Stud families are well established and Brendan and Jo have been acquiring well-bred horses locally and in Europe, so that will add a new flavour and will no doubt be a big asset to the stallion roster.

The weanlings are all at Cambridge Stud wintering before sales prep starts later in the year and we'll continue to offer agistment for client mares, just as the farm has always done in the past.

Coming from leadership roles in Australia, Henry, what are your observations on the key strengths of New Zealand racing and breeding? And what could perhaps be done better?

HP It's been well documented that New Zealand racing needs to be more competitive in terms of prize-money to make it attractive to domestic and international investors.

In the absence of that, New Zealand has become a net exporter of high-quality bloodstock, notably to Australia which remains its most important market, but also to all the major Asian racing destinations.

The leadership required to reinstate the domestic industry will need to come from within and perhaps will evolve as a result of the forthcoming Messara report, commissioned by the government this year.

Without a major overhaul of its thoroughbred industry, administration and all facets of racing and wagering, it's difficult to see much changing in the short term.

However, in breeding terms, New Zealand continues to punch above its weight on the international stage and the industry, as depleted as it has become in recent years, should be applauded for that.

Cambridge Stud resident Tavistock's first expensively bred crop are foals-turning-yearlings. Can you give us a taste of what's to come?

SC Tavistock is in a very exciting part of his stud career. He’s done an exceptional job with his early crops and produced top horses in Australia, Hong Kong, Singapore and New Zealand - all the major markets for the New Zealand thoroughbred.

Werther took that a step further last month when just failing to pick up a Grade 1 in Japan, so Tavistock has shown he can produce world-class stock. On the back of his early success, breeders have flocked to him so he has a very big crop of rising two-year-olds that were very well received at the sales this year and sold for up to NZ$975,000 (£500,000/€566,000).

Following on from that are his first two crops bred at an increased fee of NZ$65,000, so it is all ahead of him. When you consider what he has achieved and what's in the pipeline it's very exciting and I think he's perfectly poised to not only cement himself as the backbone of our stallion roster but also the New Zealand sire ranks.

Shuttling Almanzor to Cambridge Stud is a huge coup. What sparked that and how has the reception from breeders been?

SC As you say, Almanzor is a real coup for the industry and a huge commitment from Brendan and Jo. We'd been looking all over for a new stallion and he really stood out.

On paper he has all the kind of things you look for: a stakes-winning two-year-old who progressed into a champion three-year-old, but it was the visual impression that really inspired everyone. When you watch his races and see the turn of foot he displayed and consider the quality of his opposition it’s hard not to be enthusiastic.

That prompted us to approach Haras d’Etreham, who were receptive thankfully. Henry, Brendan, Jo and our farm manager Marcus Corban went up to inspect him and having seen him in the flesh that gave us the confidence to push on and get the deal done. 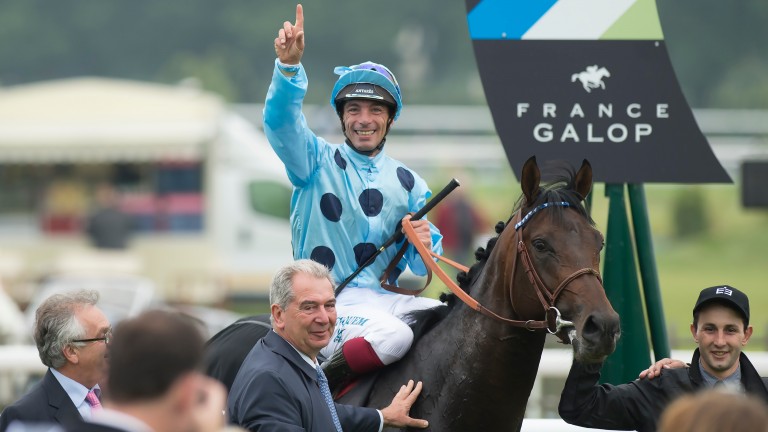 The reception has been really positive since the news was announced. We’ve got a really great group of breeders in his syndicate and he'll be heavily supported with the Cambridge Stud broodmare band.

His outcross pedigree was an aspect that really appealed as he is open to all the influential broodmare sire-lines in this part of the world, especially Danehill. Two of the better mares we will be breeding to him are Diamond Like and J’Adane, who are both Group 1-performed daughters of Danehill.

J’Adane has produced Group winners High Sherrif and Von Tunzelman, who we are really looking forward to seeing again next season in the Lindsay racing colours. Diamond Like is a descendant of the famous Cambridge Stud matriarch Eight Carat and her first four foals to race were all stakes horses so they're a good representation of the types of mares he is getting.

Looking elsewhere on the Cambridge Stud stallion roster, how are Burgundy and Highly Recommended doing?

They've both also made very promising starts at stud with their first three-year-olds this season. Burgundy has produced two Group 2 winners and Highly Recommended has six stakes horses from 40 runners headlined by Group 2 winner Sumstreetsumwhere.

While neither stallion won at the top level, they're both impeccably bred horses and I think you're really starting to see that bear out in their progeny. They're two young stallions who have made really promising starts and are coming off the back of serving big books last season.

And finally, Henry, as a British expat down under, what - if indeed anything - do you miss about your native country?

HP Having been away for the best part of thirty years and since the backend of the seventies, there is not much – apart from my family, of course – that I miss!

I had an opportunity to work in Newmarket for seven years which, for a thoroughbred man, is an equine Mecca. The Heath, early morning gallops and the way the town captured the thoroughbred story will always be a big part of my career.

However, I do not miss the warm beer, chicken in a basket or the roads which are permanently crowded!

FIRST PUBLISHED 6:05PM, JUL 15 2018
Tavistock is perfectly poised to not only cement himself as the backbone of our stallion roster but also the New Zealand sire ranks