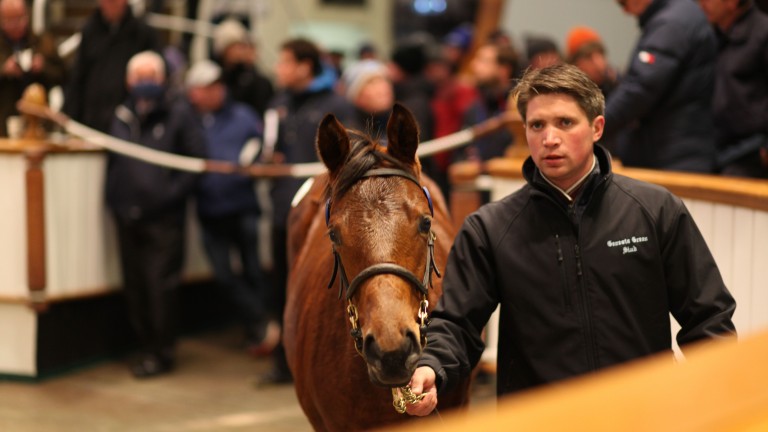 The first division of Lingfield's juvenile fillies' novice on Wednesday (2.30) features a collection of beautifully-bred two-year-olds making their debut.

Dark Angel filly Angel's Point's family made headlines last week when her half-brother by Dubawi became the joint second most expensive foal ever sold in Europe when he was purchased by Godolphin for 1.8m guineas at the Tattersalls December Foal Sale, a poignant outcome for breeder Michael Swinburn.

Angel's Point didn't quite achieve those lofty heights when she was sold by Swinburn's Genesis Green Stud to Andrew Balding at Book 1 last year, but she did sell for 260,000gns which made her the most expensive of Madonna Dell'Orto's offspring until last week.

Bred by Rockwell Bloodstock, she is a half-sister to the Group 2 Solonaway Stakes winner I Can Fly by Fastnet Rock, who was narrowly beaten by Roaring Lion in the 2018 Group 1 Queen Elizabeth II Stakes. Her Raven's Pass half-brother Viscount Barfield won the Listed City Plate at Chester for Balding who trains Angel's Point for Sheikh Mohammed Obaid.

Her competition includes Cheveley Park Stud's homebred half-sister to the triple Group 1 winner Advertise, who stands at the National Stud and had his first crop of foals come under the hammer in the last few weeks. Sylvia Beach is from the first crop of the Group 1 Eclipse Stakes and Juddmonte International winner Ulysses, who has sired the Group 3 placed Piz Badile and Listed third Gwan So.

Sylvia Beach is trained by John and Thady Gosden and is out of the winning Pivotal mare Furbelow, a full sister to Del Mar Listed winner Red Diadem.

They take on a field that includes Sir Mark Prescott's once-raced Snap Ambush by Almanzor. The €250,000 Arqana Select Sale purchase by Oliver St Lawrence from Haras d'Etreham is the first foal of Penny Lane, a Listed-winning Lord Of England full sister to this year's Group 1 Preis der Diana winner Palmas.

In the second division (3.00), another member of Kirsten Rausing's famous Al family makes her debut. Alternativa is trained by Ralph Beckett for her owner-breeder and the Invincible Spirit filly is the first foal out of the Group 2 Park Hill Stakes winner Alyssa, a Sir Percy half-sister to Albaflora who was twice Group 1-placed in 2021.

Alternativa is closely related to the Group 3 Prix Thomas Bryon winner Alea Iacta and Aloe Vera, winner of the Listed Height Of Fashion Stakes for Beckett. Alea Iacta is the dam of this season's Listed Glasgow Stakes winner Aleas by Archipenko, who is also trained by Ralph Beckett for Rausing.