La Bague Au Roi and Hollymount among the star attractions 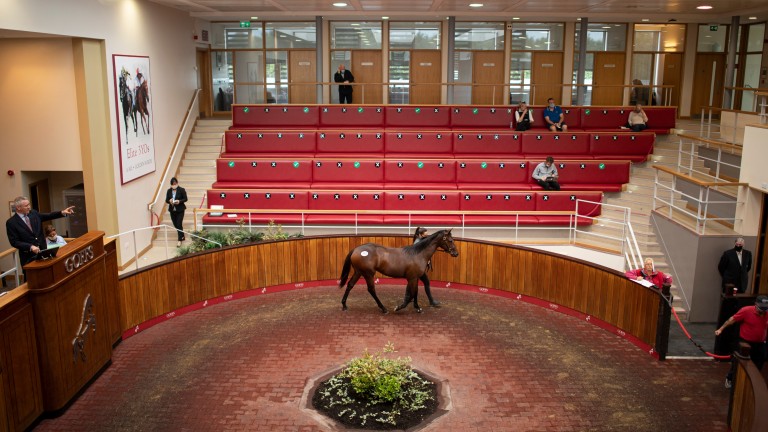 Some 12 months ago the Goffs UK January Sale ensured the British and Irish auction calendar began with a bang as the highly touted bumper winner Keskonrisk set a new record when knocked down to Henrietta Knight for £370,000.

This time around, however, the Doncaster sales ring will remain empty with Goffs UK having been forced into moving the event online as a result of ongoing Covid-19 related restrictions.

The sale, which begins on Tuesday at 10am, will be the first exclusively online event hosted by Goffs UK and will also see the introduction of timed auction software, with bidding on each lot set to close two minutes after the proceeding lot. However, any bid placed inside the final five minutes will extend the sale time for that lot by a further five minutes.

He said: "We've had a lot of online credit applications, which is a great start, and we'd expect more of those between now and the start of the sale, so the signs so far are positive.

"We're aware that this is a new technology - the timed sale element hasn't been used before, so no one quite knows how that will be received - but when people can't travel freely between Britain and Ireland it seemed the sensible option to move the sale online.

"Selling horses-in-training and mares online is possible and that's been proven, both in the northern and southern hemispheres. I think it's fair to say we all hoped we'd get to the end of 2020 and things would be a little more normal, but unfortunately they're not."

Although the format may have changed from last year there is still plenty of quality bloodstock on offer, including a notably strong offering of National Hunt broodmare prospects headlined by La Bague Au Roi (Lot 62). 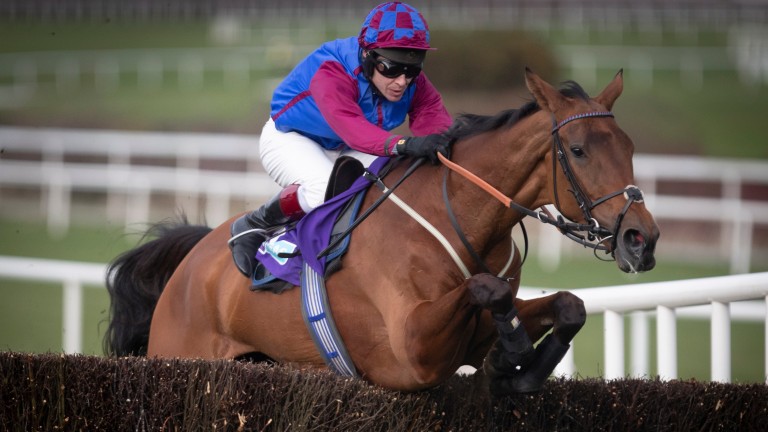 The ten-year-old daughter of Doctor Dino advertised her credentials with two Grade 1 victories while under the care of Warren Greatrex, namely the Kauto Star Novices' Chase and the Flogas Novice Chase.

La Bague Au Roi is joined by other high-achieving mares such as the Sullivan Bloodstock-offered pair of Eglantine Du Seuil (69), a daughter of Saddler Maker who won the Dawn Run Mares' Novices' Hurdle at the Cheltenham Festival, and dual Grade 3 scorer Stormy Ireland (65), who is by Motivator.

"It's a big help when you've got some very smart mares in there, both for breeding and racing purposes," continued Kent. "Any of those mares would be a welcome addition to any of the leading National Hunt broodmare bands, be that an owner-breeder's or a commercial breeder in any of Britain, Ireland or France. It'll be exciting to see what they make."

The action begins with the horses-in-training section of the catalogue. The standout among those offerings appears to be Hollymount (52), who boasts a very similar profile to last year's top lot Keskonrisk as a once-raced wide-margin bumper winner.

The daughter of jumps sire sensation Jet Away was well backed to make a winning debut at Carlisle for Stuart Crawford and duly coasted home eight lengths clear. Hollymount undoubtedly rates an exciting racing prospect but also boasts considerable residual value too as she is a half-sister to the likes of smart chaser Windsor Avenue and the talented Malone Road. 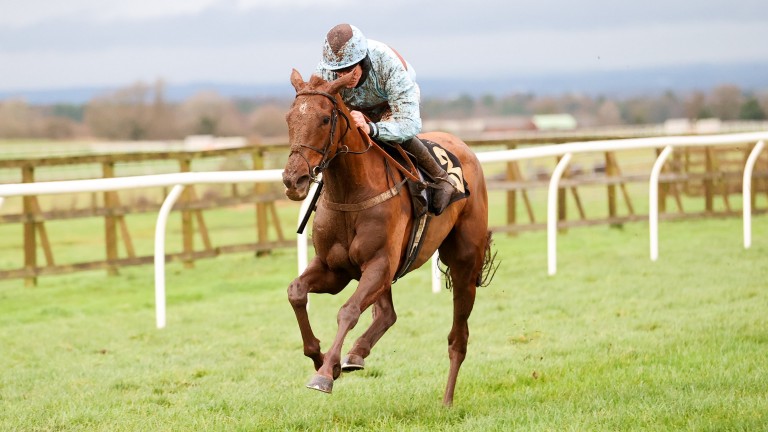 Despite being set against a backdrop of a global pandemic, demand for blue-chip National Hunt breeding stock remained high throughout 2020, not least when Apple's Jade fetched a record-breaking €530,000 from Noel and Valerie Moran at the Goffs December National Hunt Sale.

On the subject of market health, Kent said: "The trade witnessed at Goffs for those smart mares last year was incredible, more than we ever expected. We've got to admire the resilience of all breeders and traders, Flat or National Hunt, and have to hope that resilience will continue."

The Covid-19 pandemic is not the only outside influence that will potentially have a bearing on trade, as those within the industry are still getting to grips with the real-life implications of Britain's exit from the European Union.

Although Kent noted that Brexit presented another issue to overcome, he said the Goffs UK team are on standby should buyers or sellers require additional support.

He said: "Having the sale online has negated [horse] movement issues prior to sale but there's still a distinct possibility of there being travel problems afterwards.

"The Brexit scenario certainly doesn't help us, mostly because of the confusion, but we've put answers to some frequently asked questions on our website and we'll be helping all vendors and purchasers that are in a scenario whereby a horse needs to cross the Irish Sea."