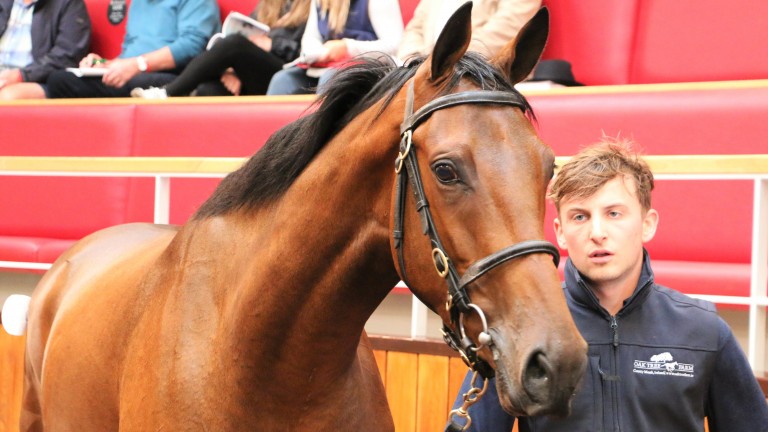 A short, sharp session of selling saw the delayed store sale season get under way in Doncaster on Monday, where the market was topped by a £175,000 son of Getaway.

Held under the Goffs UK Summer Sale banner, the session comprised lots who had been rerouted from either the Goffs Land Rover, Tattersalls Ireland Derby or May sales, and by the time the last of 55 stores had left the ring, 43 had sold for a clearance rate of 78 per cent.

Goffs group chief executive Henry Beeby said of the session: "Today was about more than just holding a sale, it was about trying to help in a very difficult situation.

"When things went wrong for our competitor's sale, I chatted to [Tattersalls chairman] Edmond Mahony and said we should try and work together to help; that's why there was joint marketing and an acknowledgement that some of the lots were Tattersalls Ireland's horses.

"I think there was satisfactory trade for the horses that were there and it'll be interesting to see how tomorrow goes and then the Land Rover and Derby sales."

Plenty of interested parties followed the session-topping Getaway into the socially distanced Doncaster sales ring, but it was Michael Moore of Ballincurrig House Stud, stationed on the top tier of the auditorium, who won out.

The winning bidder said plans were fluid for the rangy three-year-old, but was in no doubt about the quality the Oak Tree Farm-consigned lot has shown throughout his development.

Moore said: "He's been bought for a new client of Ballincurrig House Stud. The plan is to get him home and break him in and then we'll decide what happens next after that. He'll get plenty of time but he's a beautiful individual. He was probably the pick of that year's foals when he sold originally and I think he's the pick of stores here as well." 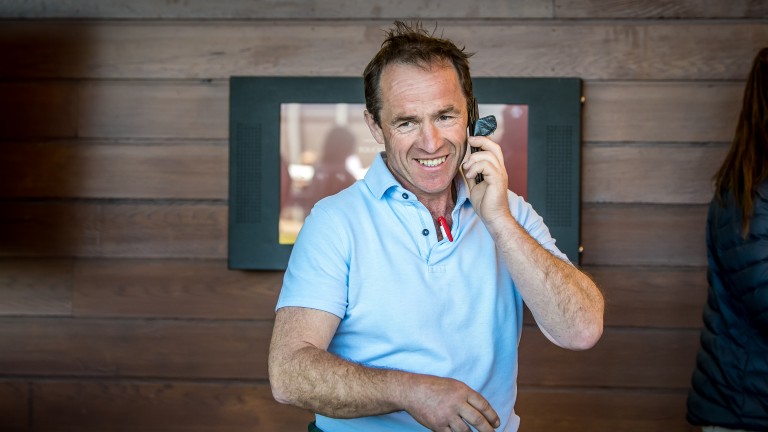 Michael Moore: "He'll get plenty of time but he's a beautiful individual"
Sarah Farnsworth
The son of Getaway, who had originally been catalogued at the Tattersalls Ireland Derby Sale, is out of the Listed-placed Beneficial mare Corskeagh Shadow, a sister to the Grade 2 winners Corskeagh Royale and Shadow Eile.

He was making his second appearance at public auction, having been signed for by Cormac McCormack at €65,000 at the 2017 Tattersalls Ireland November National Hunt Sale.

Olly Murphy on the mark

Out of the Group 1-placed Acatenango mare Midnight Angel, the gelding is a sibling to three black-type performers, namely the Grade 3-winning chaser West With The Wind, the Listed-winning Midnight Game and New Year's Eve, who was runner-up in the Champion Bumper won by Champagne Fever.

Murphy, who signed the ticket in conjunction with his father, bloodstock agent Aiden Murphy, said: "I went over and saw him six weeks ago and Dad - who was on the phone from home - went over in January and had seen him too and he was the one horse in the sale we really wanted to buy so I'm delighted. He's been bought for an existing client."

The Camelot gelding, another who had been due to sell at the Derby Sale, was making his second appearance at public auction, having been pinhooked by Glenvale Stud for 55,000gns from the Tattersalls December Foal Sale.

Murphy added: "We like buying stores and supporting these sales and we all agreed he was the best quality horse in the sale. He's got a lovely pedigree so we'll get him home and break him in and hopefully he'll run in a bumper in the spring. He's one to look forward to."

Doyle and Tizzard may have underbid the Camelot gelding but enjoyed better fortune earlier in the day when they secured a son of Walk In The Park and the Grade 1-winning hurdler Bitofapuzzle for £135,000 when the three-year-old, another Derby Sale entrant, was offered by Ballincurrig House Stud.

Mags O'Toole's name appeared next to one of the top lots after the agent went to £130,000 for the Kayf Tara filly out of the Listed-winning Mayfair Music offered by Juliet Minton's Mill House Stud.

O'Toole said: "I thought she was one of the nicest fillies I've seen for a very long time and she has a lovely page to go with it. She cost more than I thought she would though.

"She'll be trained in Ireland but no firm decision has been reached as to who by yet."

While many of the lots on offer had been pinhooked as foals, the Kayf Tara filly, whose dam is a half-sister to high-class stayer Beware The Bear, was having her first experience away from Mill House. 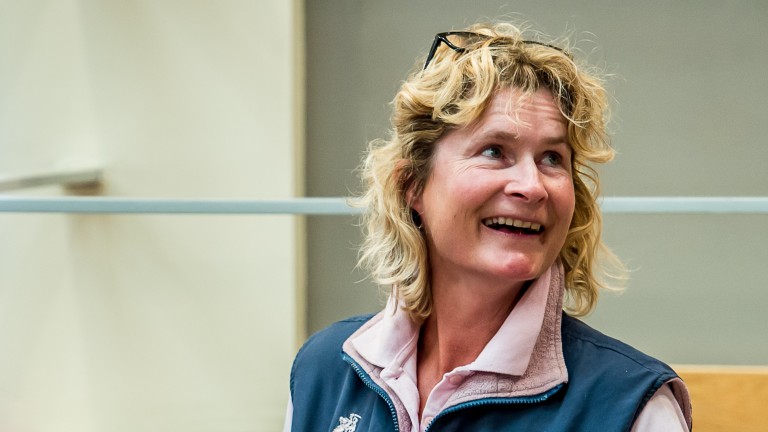 Juliet Minton: consigned the £130,000 Kayf Tara filly
Sarah Farnsworth
"She was bred by Bunny Roberts and has lived at home all her life and this is her first trip away," said Minton. "She's lovely, she's a queen."

Reflecting on the supplementary session at the Summer Sale, Minton said: "There's been a lot of people looking and the nice ones are making their value. The sales companies have done a tremendous job of working together and getting this on. It's great that the two sales companies have pulled together, it's what needed to happen."

The brother to Very Wood, already named Hard Wood, was among the standouts on pedigree and duly brought a winning bid of £120,000 from trainer Mark Rimell, who overcame Tom Malone and some mobile phone signal issues to land the strapping grey son of Martaline.

Malone rose five fingers to signal a bid of £115,000, at which point Rimell's line to his client went dead. However, lines of communication were quickly reestablished and when Rimell signalled a further £5,000 increase Malone was left as the frustrated underbidder.

"He's been bought for a new owner to the yard," said Rimell. "He's actually on a speedboat at the moment, that's why I was on and off the phone as the call cut out in the middle of bidding!"

Expanding on what appealed about the Oaks Farm Stables-consigned offering, Rimell said: "He's a super athlete, my grandmother would've been proud to have him. He's got the pedigree, the size, the looks, the step, everything. There's some nice horses here today but you won't find one nicer than him.

"He doesn't look like he'll take forever, which is one of the things that encouraged me. He's been bought to win a Gold Cup but there's races to win with him before he gets to that stage."

Out of the Cadoudal mare Ball Of Wood, the three-year-old gelding had been pinhooked from last year's Arqana Summer Sale, where Mags O'Toole signed the docket at €115,000.

Rimell, grandson of the iconic Fred and Mercy Rimell, said he hoped that the Martaline gelding would be a key figure as he looked to rebuild his training career from his base in the Oxfordshire countryside.

"I've had a bit of time away from the game, I've had a few personal issues I've had to deal with, but hopefully this is a sign of things to come," he said. "We've got some great facilities at home and with the backing of these types of owners hopefully we can get the Rimell name back to where it used to be."

FIRST PUBLISHED 6:56PM, JUL 27 2020
Today was about more than just holding a sale, it was about trying to help in a very difficult situation