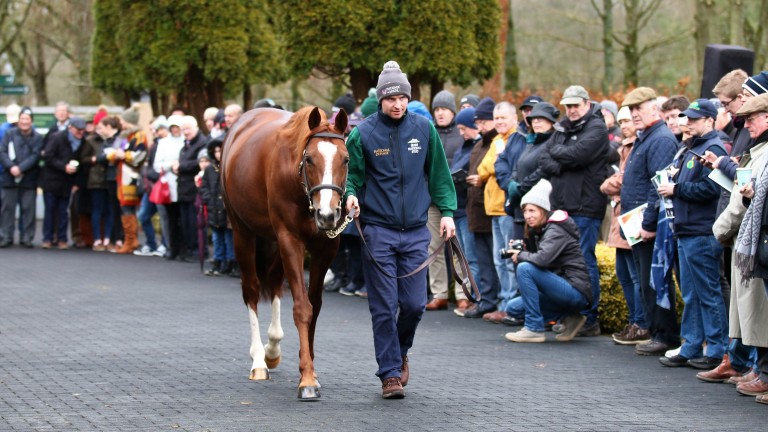 Decorated Knight became the latest first-season sire to get off the mark on Sunday, when his very first runner Silver Bullet Lady took the opening fillies' condition contest at Salisbury for her sire's trainer Roger Charlton.

Sporting the Imad Al Sagar colours, Silver Bullet Lady was bred by Peter McCutcheon and is the tenth foal out of Lost Icon, a placed daughter of Intikhab and now the dam of nine winners, including the Listed-winning Elusive Beauty - a daughter of Elusive Pimpernel - and four-time scorer Atmospheric High, by Hurricane Run.

Decorated Knight was retired to the Irish National Stud after a fruitful career that yielded eight victories, notably the Jebel Hatta, Tattersalls Gold Cup and Irish Champion Stakes, while he was also second to Highland Reel in the Prince of Wales's Stakes.

The son of Galileo, who stands for a fee of €7,500, was bred and owned by Al Sagar and Saleh Al Homaizi and is the first foal out of Pearling, a full-sister to the iron horse Giant's Causeway, You'resothrilling - the dam of European champion Gleneagles and top-level heroines Marvellous and Happily - and the high-class Freud among seven half- or full- black-type performing siblings.

FIRST PUBLISHED 1:46PM, MAY 2 2021
Silver Bullet Lady was bred by Peter McCutcheon and is the tenth foal out of Lost Icon