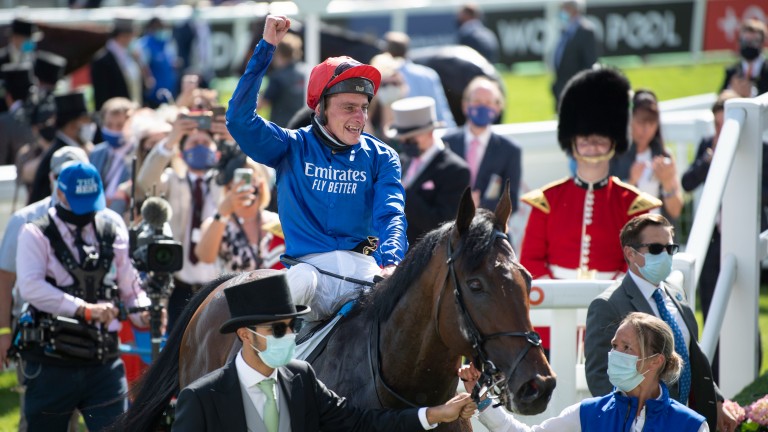 It always seemed likely a son of Galileo would have a major bearing on this year's Derby, but the burning question had been which one.

The answer came shortly after 4.30pm on Saturday when the imposing Godolphin homebred Adayar stormed to a four-and-a-half length victory to give his sire Frankel, the best son of Galileo, a breakthrough success in the Epsom colts' Classic.

The victory of Adayar moves his sire on to 14 Group/Grade 1 winners, a total achieved with just five crops of three-year-olds on the ground. Frankel, who stood this year at a fee of £175,000, has now been represented by three European Classic winners after Anapurna struck in the Oaks and Logician claimed the St Leger.

His other leading performers include Cracksman, Veracious and Without Parole, while he has also enjoyed considerable international success, with Hungry Heart landing the Australian Oaks and Grenadier Guards, Mozu Ascot and Soul Stirring annexing major prizes in Japan. 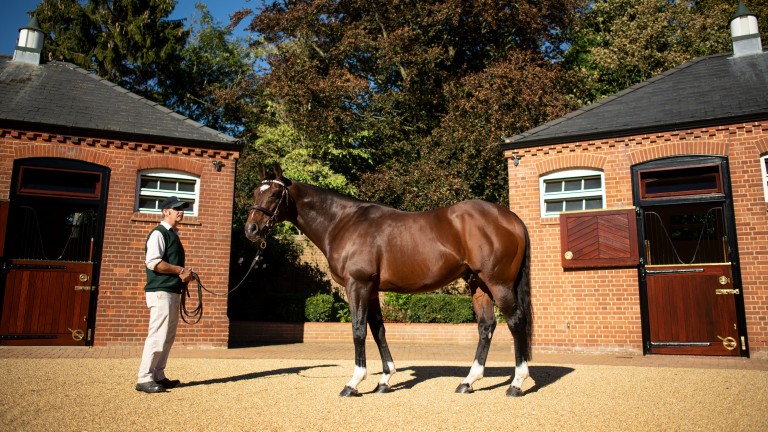 Galileo, meanwhile, has now appeared in the immediate pedigree of seven Derby winners, having sired a record-breaking five of his own with New Approach (2008), Ruler Of The World (2013), Australia (2014), Anthony Van Dyck (2019) and Serpentine (2020), while New Approach gave the perennial champion his first victory in the race as a sire of sires through Masar in 2018.

The result was another major triumph for Sheikh Mohammed's breeding programme, which has now supplied two of the last four Derby winners following the aforementioned Masar's win. He has since retired to Darley's Dalham Hall Stud, where he stands at a fee of £14,000. His first crop of foals are on the ground this year.

A fifth generation homebred, Adayar is the third foal and first winner out of Anna Salai, a daughter of Dubawi who won the Group 3 Prix de la Grotte for Godolphin under the care of Andre Fabre. She subsequently switched to the stable of Mahmood Al Zarooni, for whom she finished runner-up, beaten a head, behind Bethrah in the Irish 1,000 Guineas.

The mare also has a two-year-old Teofilo filly, Bedouin Queen, who like Adayar is in training with Charlie Appleby, a yearling full-brother to Adayar, and earlier this year she produced a filly by Exceed And Excel.

Anna Salai is the fourth of Dubawi's broodmare daughters to breed a Group 1 winner, and the first to supply a Classic scorer. The Derby saw Frankel continue a fruitful association with daughters of Dubawi, with the cross having supplied three stakes winners from nine runners. 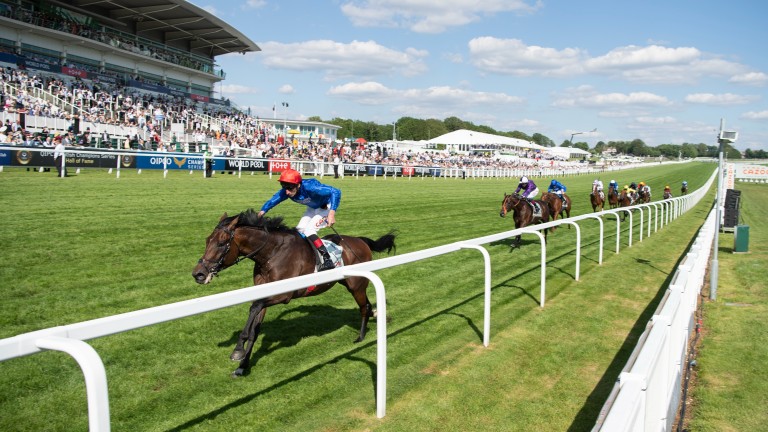 Dubawi's other top-flight winners as a broodmare sire are Nazeef (a daughter of Invincible Spirit out of Handassa, who is also dam of Mostahdaf) and Blair House (a son of Pivotal out of Patroness).

Anna Salai is out of another Sheikh Mohammed homebred in Anna Palariva, a daughter of Caerleon who won the Group 3 Prix d'Aumale. This makes Anna Salai a sibling to three stakes performers, including Listed-winning pair Iguazu Falls and Advice, and Group 3-placed Seniority, who was bred by Darley before being gifted to the Queen.

There is more Classic form further back in the family too as Anna Palariva shares her pedigree with Anna Oleanda, granddam of 1,000 Guineas heroine Billesdon Brook.