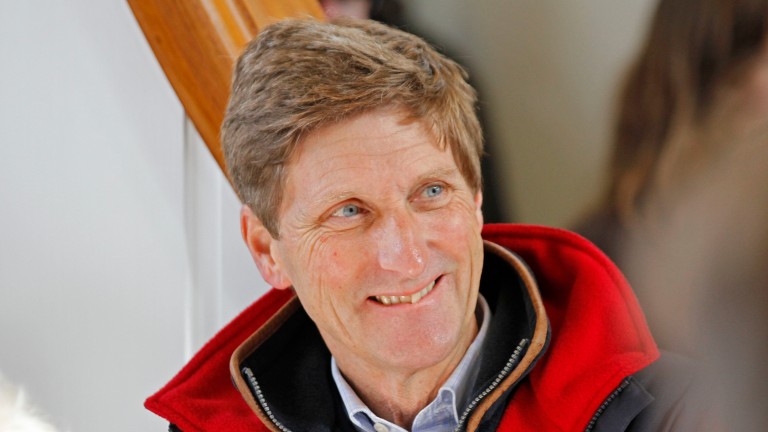 Chris Richardson: at the helm of the camera for our virtual tour
Laura Green
1 of 1
By Martin Stevens 4:29PM, MAY 3 2020

Cheveley Park Stud is the latest in our series of British operations opening their gates and allowing us a glimpse inside on video, produced in association with Great British Racing International.

The Newmarket stud's managing director lightens lockdown by showing us one of the farm's most cherished mares, Queen Elizabeth II Stakes heroine Persuasive, and her Frankel colt foal.

We also get to see a filly foal by home sire Ulysses out of the Listed-winning Oasis Dream mare Ladyship.

Later in the video Richardson tells us more about Ulysses himself, with some wonderful footage of the dual Group 1-winning son of Galileo and Light Shift in his paddock.

The videos have been posted on the GBRI Twitter account individually all week. Starting from Monday, May 4, Tweenhills Stud in Gloucestershire will be showing off some of their blue-chip stock.

Thanks to Chris Richardson for filming the videos while adhering to government rules on social isolation on the stud.

Our appetite for seeing the beautifully bred youngsters on the track in the coming years, along with the offspring of Ulysses at the race and at the sales, has been well and truly whetted.

FIRST PUBLISHED 4:29PM, MAY 3 2020
Richardson tells us more about Ulysses himself, with some wonderful footage of the dual Group 1-winning son of Galileo and Light Shift in his paddock