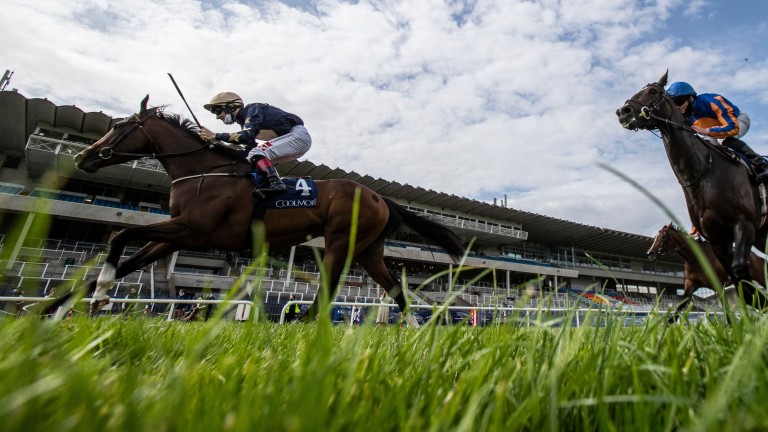 There are not too many brighter young sparks than the brother-and-sister combination of Chris and Tara Armstrong, whose foresight means that their nascent pinhooking project now has a Group 1 sibling to offer in next week’s Tattersalls Ireland September Yearling Sale.

An immediate upgrade for lot 222, now a half-brother to this month's Matron Stakes winner Champers Elysees, promises to have spectacular consequences given he was bought for only €19,000 as a foal.

It would have been a special enough Irish Champions Weekend as it was, with Chris’s day job being racing secretary to no less a man than Aidan O’Brien, and Tara involved at the yard of O’Brien’s son Joseph, both of whom were among the marquee winners at Leopardstown and the Curragh.

"It was actually my 33rd birthday last Saturday," said Chris. "It was a busy day, we were at the races and there were 34 runners to saddle up between Aidan, Joseph and Donnacha, but standing watching the Matron Stakes when Champers Elysees got up in the final furlong was a hell of a feeling. 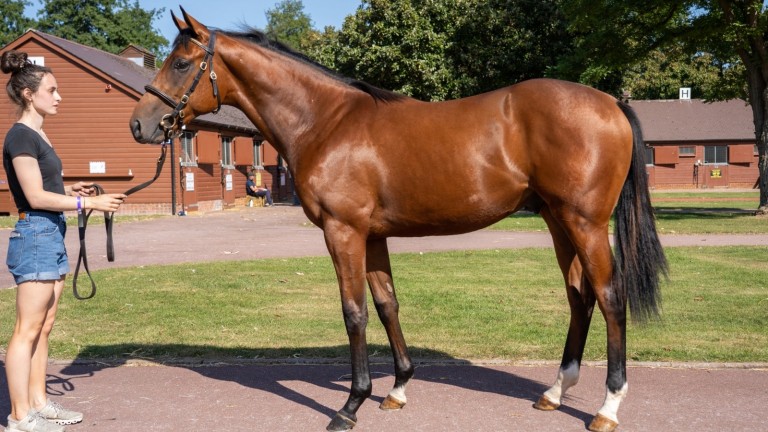 "You couldn’t ask for a better birthday present than an update on a horse you’re selling the next week."

Rather than his dam’s side, it was initially the potential firepower of Mehmas which led the Armstrongs to the colt at last year’s Goffs November Foal Sale.

"We want to try to get something commercial every year and the sire would have had a strong chance of being leading first-season sire," said Chris. "We also liked him as an individual, he was a correct colt with a good, active walk, and had a bit of presence about him.

"When we looked into the pedigree, Champers Elysees had run some nice races as a two-year-old; she was beaten just under two lengths in the Curragh sales race, then ran a solid race in the Birdcatcher Nursery.

"We’d seen her walking in the parade ring a couple of times before during the season and thought she had a chance of fulfilling her potential at three.

"She’s gone above our wildest dreams. It’s nice to have a two-year-old that looks progressive in the pedigree, and the main thing is to try to get people through the door and look at them in the current climate."

During 2020, the rampant progress of Champers Elysees has made the Armstrongs more and more excited about their acquisition.

"I was thrilled when she won a handicap at the Curragh, then when she went to Galway for a Listed race we’d have been delighted if she was just placed and picked up a bit of black type, that was mind-blowing enough when she won," admitted Chris.

"Then she went to a Group 3 at Gowran, was impressive in beating a decent filly there in Pearls Galore, but still you couldn’t have written the script. She won off 86 at the start of the season and is now rated 115 and is a Group 1 winner."

The colt was one of five foals that the pair bought last year - they are also consigning a Profitable through their Beechvale Stud (107) - having reinvested the proceeds from another smart pinhook of a Night Of Thunder colt, whose price rose from an initial €15,000 to 75,000gns last October.

According to Chris Armstrong, the operation is nothing grand, "a small bit of land at home" in Lisburn, near Belfast.

"It’s just myself and Tara, we thought we’d give it a go," he said. "I was in Australia working for Gai Waterhouse for five and a half years before I came back to Ballydoyle in 2018, and for the last few years we thought we’d buy a few on the side.

"Thankfully we can keep them at home, and our brothers and sisters look after them and take a great interest in them."

Although he insists that Beechvale will remain simply a hobby, this walking form book has quite a mentor to learn from in his daily life.

"It’s a fantastic place to work and he’s an unbelievable man to work for, an absolute genius in training," he says of Aidan O'Brien. "Look at the number he’s bred as well - he and [wife] Annemarie also bred Thunder Moon, who won the National Stakes."

He added: "It's [pinhooking] something that gives you an interest throughout the year and we enjoy it. You can never be too confident, but hopefully there’ll be a lot of prospective viewers for the colt and someone likes him."

Almanzor to Zarak: how French-based sires with their first yearling crops fared