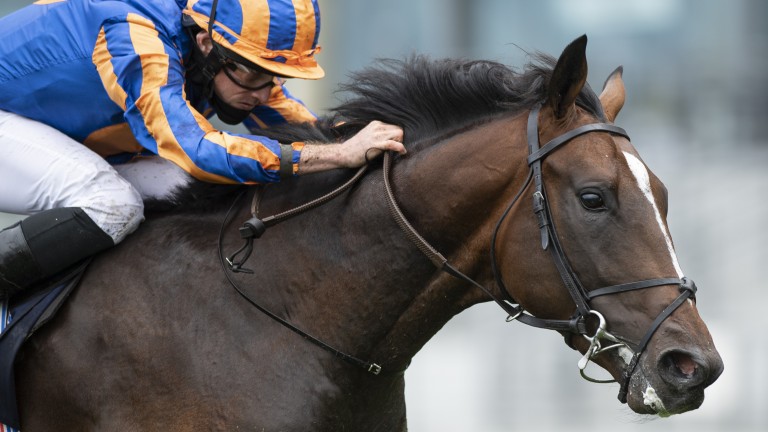 Found, one of the greatest racemares of recent times, supplied a spectacular first winner since retiring to the Coolmore paddocks when Battleground, her first foal and a son of War Front, put in a demolition job in the Listed Chesham Stakes at Royal Ascot on Thursday.

The daughter of Galileo won six times during her 21-race career, including three top-flight successes. She enjoyed her finest hour when she led home a one-two-three for Ballydoyle and her sire in the 2016 Prix de l'Arc de Triomphe.

She also memorably lowered the colours of Golden Horn in the previous year's Breeders' Cup Turf and was a Group 1-winning two-year-old having claimed the Prix Marcel Boussac. A remarkably tough and consistent performer, she reached the podium at Group 1 level a further 12 times. 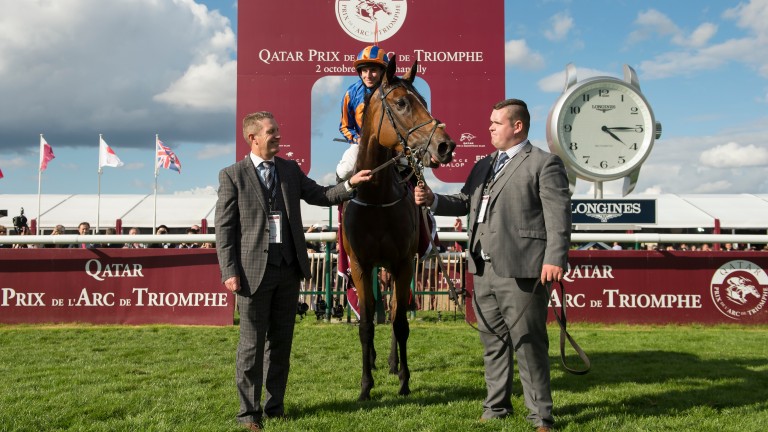 Found strikes a pose after her Prix de l'Arc de Triomphe victory
Edward Whitaker
Reflecting on Battleground's success, Aidan O'Brien said: "I would imagine he would stay well and probably a mile will be his trip. Found got a mile and a half, but he is by War Front and that is a big influence for speed.

"We are hoping that he could progress into a very good miler. Found was an unbelievable, magic mare. She was one of the very special ones and everyone remembers her. Obviously this is her first foal and everyone wants him to do well. Battleground is an unbelievable specimen really."

Having remained in the US after her Breeders' Cup Turf swansong and visiting War Front for the covering that produced Battleground, Found was reportedly covered by Justify in 2019 and returned to Ireland later last year. 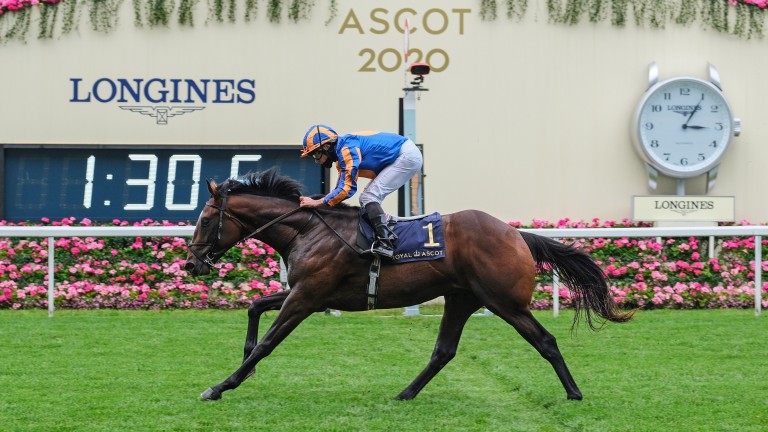 Battleground out on his own in the Chesham Stakes
Pool
Should Battleground go on to strike at the highest level, he would become the third generation of his family to do so, as Found is the fourth foal of Red Evie, who landed the Matron Stakes and Lockinge Stakes for Michael Bell.

Royal Ascot success also runs in the family, as Red Evie landed the Listed Sandringham Handicap during the 2006 royal meeting.

Battleground, who was bred by the Coolmore-affiliated Orpendale, Chelston and Wynatt, is the latest example of the Irish powerhouse pairing their blue-chip daughters of Galileo with Claiborne Farm's War Front.

Other notable names bred on this cross include Group 1-winning full-siblings US Navy Flag and Roly Poly, who are out of Misty For Me, and Fort Myers, a son of Irish 1,000 Guineas heroine Marvellous.

War Front, who stood the 2020 breeding season at a fee of $250,000, has now sired 146 stakes performers, among which are 48 Group/Graded winners and 43 Listed scorers. His 21 Group/Grade 1 winners include celebrities such as Air Force Blue, Declaration Of War, Lancaster Bomber and War Command.

FIRST PUBLISHED 6:03PM, JUN 18 2020
Found was an unbelievable, magic mare. She was one of the very special ones and everyone remembers her