A look at the busiest US covering sires in 2018 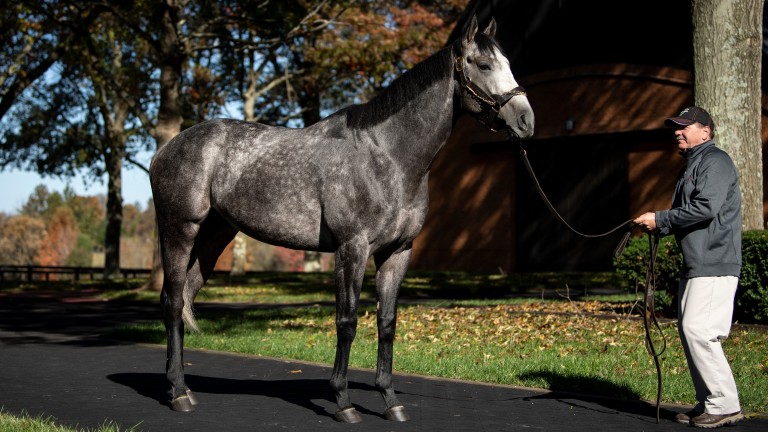 The Jockey Club of North America has released its 2019 fact book listing how many mares were bred to each sire last year, including new boys Arrogate, Classic Empire and Gun Runner.

Dual world champion Arrogate, who was pitched in by Juddmonte Farm in Kentucky at a $75,000 fee, serviced 145 mares in his first year.

Gun Runner, the 2017 Eclipse Horse of the Year who commanded a $70,000 fee at Three Chimneys Farms, was sent 171 mares, while the busiest of the three was Ashford Stud's Breeders' Cup Juvenile winner Classic Empire, who was the eighth busiest sire in North America in 2018 having covered 185 mares at a $35,000 fee.

Topping the table was Mendelssohn's half-brother Into Mischief with a tally of 245 mares - 22 more than his nearest pursuer.

Two of Into Mischief's sons also made it into the top ten - the multiple Group 1 winner Practical Joke, who had 220 mares on his dance card at Ashford Stud in Kentucky, and dual Breeders' Cup Mile winner Goldencents, who entertained 190 mares at Spendthrift.

Practical Joke was a $30,000 option for breeders in his first season at stud while Goldencents could be availed of for $12,500.

The second busiest suitor in North America last year was another Ashford Stud newcomer in Cupid, the son of Tapit who landed the Gold Cup at Santa Anita and who was the same price as Goldencents during his first covering season.

Medaglia D'Oro stallion Violence was the fifth most in-demand behind Practical Joke, having courted 214 mares. He was one of five stallions to cover more than 200 mares.

Overanalyze was visited by 195 mares at WinStar Farm, where he stood at a $15,000 fee, while Tapiture and American Pharoah round off the top ten having served 184 and 182 mares respectively.

Tapit stallion Tapiture was standing his third season at Darby Dan Farm at a $7,500 fee, while Triple Crown hero American Pharoah, who stood on a private basis, was the fourth stallion on Coolmore's Ashford Stud roster to make it into the top ten.

BUSIEST SIRES IN NORTH AMERICA IN 2018

FIRST PUBLISHED 12:28PM, FEB 15 2019
Topping the table was Mendelssohn's half-brother Into Mischief, the fourth leading sire in North America last year, with a tally of 245 mares