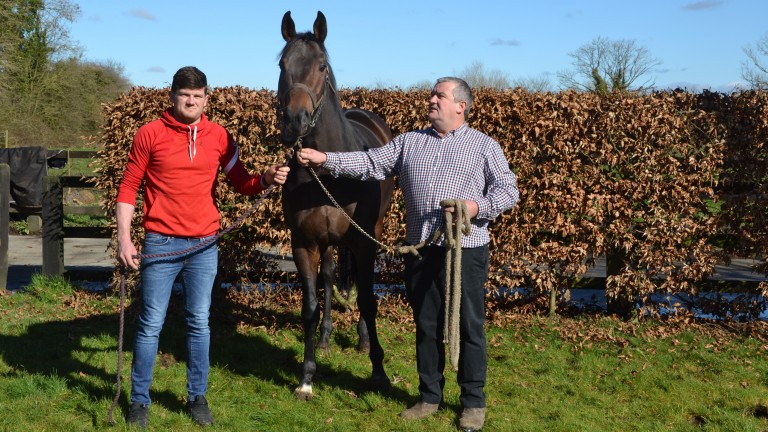 On the first occasion that Sean Whelan learned of a big-race win by Mac Swiney, his heart sank.

The County Galway farmer was just about to complete an agreement to purchase Legal Pomp, his Lawman half-brother, from a representative of trainer Jim Bolger when the result of last October's Vertem Futurity Trophy filtered through.

He explains: "We did a deal for him on the Friday night and on the following Saturday when I went up to collect him the man said to me, 'This is an awful different horse to the horse you bought yesterday'.

"I asked why and he said his brother had just won the Group 1 in England. I started worrying then, I said, 'Oh, this is a wasted journey', but they brought us in to see the race and never made a quiver about the price or anything; once the deal was done, the deal was done.

"I thought it very honourable of them to stand on and not look for more money. If I was in his position...you’d find it very hard not to look for a few pounds more."

Whelan and his son Shane run a beef farm near the village of Killimor in the east of the county but have had some success in jumping as breeders of 2015 Bet365 Gold Cup winner Just A Par. 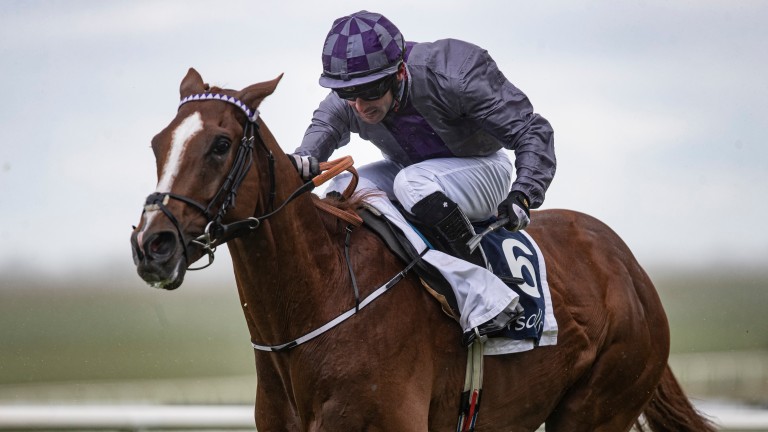 They had only really been seeking a reasonably-priced stallion to introduce some speed into their sport horses and found Legal Pomp, who never made it to the racetrack, on a website.

With Mac Swiney now the winner of the Irish 2,000 Guineas and into contention for the Derby, they are suddenly able to offer a four-year-old with Classic connections for just €500.

It is quite a boost to a region of Ireland far better known as hurling, rather than racing, country.

"I had a few mares come from Tipperary and I was saying to the young lads here the other day that usually when horses cross over the River Shannon, they're going the other way!" says Sean Whelan.

"It was all kind of funny. A friend of mine down the road John Lynch, who stands Gladiatorus and Nocturnal Fox at Windmill View Stud, he had been on to me and said I should buy a thoroughbred and cover a few half-bred mares and a few of my own.

"I finished up buying [smart stayer] Pushkin the year before, but he had very low fertility and I ended up giving him back to Clongiffen Stud to be retired.

"Out of the bad luck that I had to go and look for another horse, it looks like it has ended up as a good luck story."

Should Mac Swiney complete a Classic double on the first Saturday in June, he would appear destined for a career with one of the world's foremost studs. And any good news from Epsom will be roundly welcomed by one so small and informal that it doesn't really even have a name.

"The Derby would really be the one for the National Hunt, and he looks a prospect for it too," says Whelan.

"Legal Pomp is a lovely horse, dark bay and a strong 16'1 or 16'2, with a beautiful temperament. He’s covered a few thoroughbred mares, I had a couple of Draught mares covered by him too, but we’ll be going for National Hunt especially with him."

Al Wukair off the mark