Outstanding dam of Goldikova and Galikova passes away aged 27 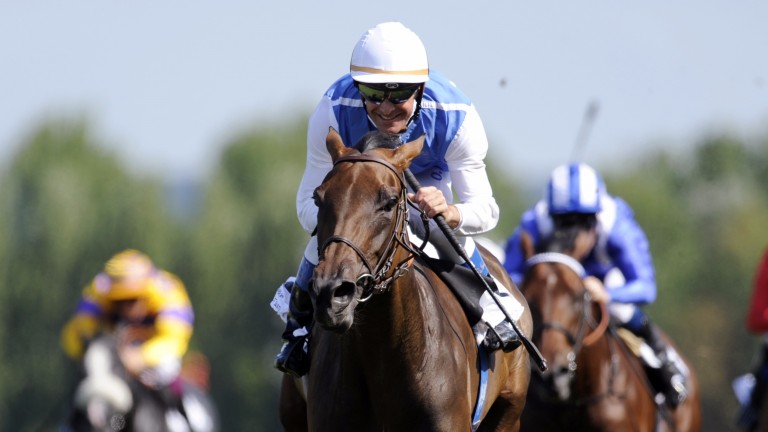 A week after the death of Juddmonte blue hen Hasili, European breeding has lost another grande dame with Pierre-Yves Bureau, the manager of the Wertheimer brothers' racing and breeding interests, announcing that Born Gold has passed away.

The daughter of Blushing Groom achieved greatness and was certainly bred for it, as she hailed from a fruitful line of an outstanding Wertheimer family.

Born Gold did not display the benefit of such good genes on the racecourse herself, winning just one of her seven starts after moving from Criquette Head-Maarek to Dominique Boulard, although in mitigation on her debut at Evry she had run the subsequently smart Suave Tern to a half-length second, with the future Group 2 winner Dalara back in fourth.

Born Gold was not an immediate hit at stud, either, producing Glamadour, a daughter of Sanglamore who was the winner of just one of her 12 starts, as her first foal.

However, her breeding record soon took a turn for the better. Her second foal Gold Round, by Caerleon, won the Group 3 Prix Cleopatre and has produced four black-type winners in her own paddocks career – Goldwaki, Golden Valentine, Spectaculaire and Next Round.

Next for Born Gold came Born Something, another daughter of Caerleon, this one second in Listed company in America and third in the Group 3 Prix de la Grotte. She has produced stakes performers Red Label and Tarbawi at stud.

Unusually, perhaps, the mare reserved her best for her later offspring.

Goldikova, the result of a 2004 mating with Anabaa, was her dam's ninth foal. She went on to take the Wertheimer silks to new heights, becoming the first European horse to win 14 top-level races and the first horse anywhere to win the same Breeders' Cup contest three times, notching victories in the Mile in 2008, 2009 and 2010.

A multiple champion and inducted into the American Museum of Racing and Hall of Fame last year, Goldikova has also flourished as a broodmare, having produced Prix Cleopatre winner and Prix de Diane third Terrakova to Galileo.

Born Gold was not done there, and in 2008 she produced Galikova, a daughter of Galileo who won the Prix Vermeille, Prix Guillaume d'Ornano and Prix Cleopatre, and finished second in the Prix de Diane and Prix Jean Romanet. Galikova's early produce include the Listed-placed Galikeo, by Dansili.

In 2010 Born Gold delivered Anodin, a brother to Goldikova who was a Group 3 winner and reached the frame in the Prix Jacques le Marois, Breeders' Cup Mile, Prix d'Ispahan, Prix du Moulin and Queen Anne Stakes.

Anodin stands at Haras du Quesnay and his first two-year-olds are set to grace racecourses this year.

There was still no resting on her laurels for Born Gold, and her last registered offspring, the 2014 Redoute's Choice filly Gold Luck, won the Group 3 Prix Vanteaux and finished third in the Prix Jean Prat last year.

“A page has turned,” Bureau noted on Twitter, although with Born Gold having produced nine daughters and an exciting stallion son, her story is sure to be far from over.

Fame And Glory fires in his first winner under rules