At The Sales BIG MONEY BUYS

The good, the bad and the costly from thoroughbred sales 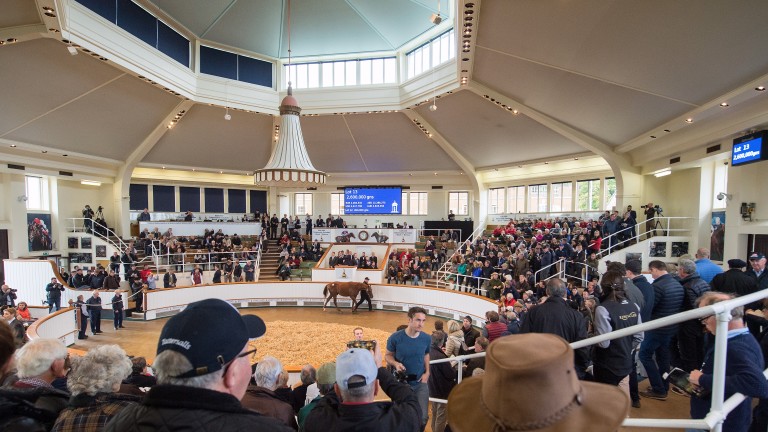 The Tattersalls sales ring, where Godolphin purchased the top lot at this week's Book 1 of the October Yearling Sale for 4,000,000gns
Edward Whitaker
1 of 1
By James Thomas UPDATED 2:03PM, OCT 10 2017

A half-brother to Triple Crown winner Seattle Slew, the son of Nijinsky was the hottest ticket in town when bought by a partnership spearheaded by Coolmore partners John Magnier, Robert Sangster and Vincent O'Brien at Keeneland in 1985. The colt developed into a smart performer, winning the Group 2 Derrinstown Stud Derby Trial at three before bringing the curtain down on his racing career with a second in the Group 1 Grand Prix de Paris. 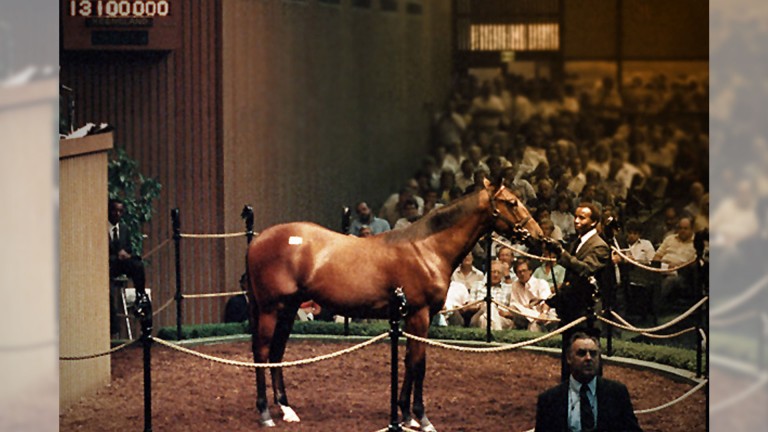 Snaafi Dancer has become a byword for ill-advised spending, having been picked up at Keeneland in 1983 for a then-record sum. A son of the legendary sire Northern Dancer, the colt was reportedly too slow to even warrant an entry. He was given a chance at stud but sired just four foals after suffering from fertility problems. Only one of those foals, a filly named Winloc's Dancer, managed to win a race.

Most expensive two-year-old - and, indeed, any thoroughbred at auction

The infamous The Green Monkey grabbed the headlines when costing the Coolmore axis of John Magnier, Michael Tabor and Derrick Smith an eye-watering $16 million at Fasig-Tipton in January 2006. His name is taken from a golf course in Barbados, but he failed to land a hole-in-one in any of his three racecourse starts.

Better Than Honour had already supplied consecutive Belmont Stakes winners Jazil and Rags To Riches when she went under the hammer at the 2008 Fasig-Tipton November Sale. She was purchased by her part-owner Michael Moreno, who bought out partner John Sikura's Hill ‘n' Dale Farm. Sikura did bid for the mare but cried enough at $10 million.

The Galileo filly out of Dank may have grabbed the headlines when selling to Godolphin for 4,000,000gns at Tattersalls on Thursday, but that sum wasn't quite enough to surpass the price paid by Al Shaqab for another daughter of Coolmore's phenomenal sire in 2013. The filly won one of her seven starts, and retired with earnings of £44,399 having been placed in a Deauville Group 3. She finished 16 lengths behind Treve on her final start in the 2015 Prix de l'Arc de Triomphe. She produced her first foal, a filly by leading French sire Siyouni, earlier this year.

Electrifying experience as the gavel comes down at 4,000,000 gns

FIRST PUBLISHED 2:03PM, OCT 10 2017
A son of the legendary sire Northern Dancer, the colt was reportedly too slow to even warrant an entry