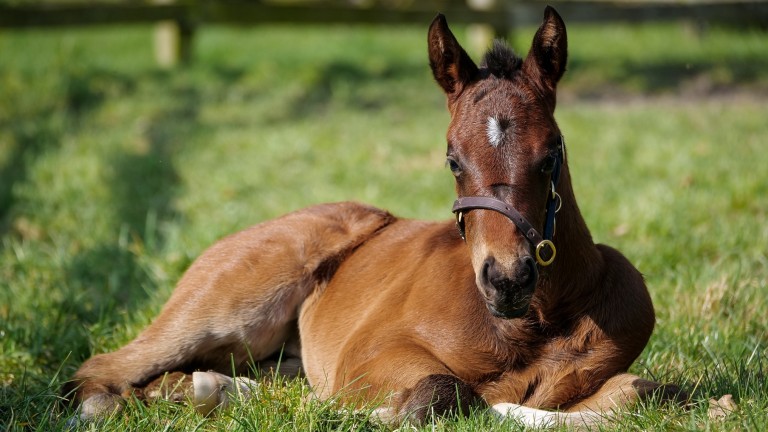 Watership Down Stud has offered the chance to name one of its most regally bred foals in a competition coinciding with its sponsorship of Saturday's Greenham Stakes at Newbury.

The March 10-born filly is by champion sire Frankel - memorably the winner of what is now the Watership Down Too Darn Hot Greenham Stakes back in 2011 - out of the Musidora winner So Mi Dar.

The Dubawi mare is a full-sister to the Group 1 star and now Dalham Hall stallion Too Darn Hot, both out of the globetrotting Dar Re Mi.

Watership Down's owners, Andrew and Madeleine Lloyd Webber, are scrupulous in the naming of their homebreds and they will be the arbiters of the successful entry.

Names must be no longer than 18 characters. While many from the family have been given a musical theme, this is not said to be mandatory.

There's some good ones coming in but here's a bit of help...#whatsmyname pic.twitter.com/MngE5LCnpU

Simon Marsh, general manager for Watership Down Stud, said: "Born on March 10, this bay filly by Frankel out of So Mi Dar looks to be a cracker. It’s always a pleasure to watch them grow and progress here at Watership Down before they start their racing careers.

“Madeleine and Andrew give a lot of thought to the naming process and entries should reflect the Watership Down Stud legacy and high-quality pedigrees. We look forward to going through all the entries.”

Entry for the competition, which closes on April 24, is through either Newbury's website or social media channels, or in person at the track across the weekend, or alternatively at a stand at the Lambourn Open Day on Friday.

The prize also includes a trip for six to Watership Down Stud for a private tour to meet the foal, and a table at Newbury's meeting on September 17.

So You Think claims extraordinary Group 1 treble at Randwick

FIRST PUBLISHED 12:33PM, APR 10 2022
Madeleine and Andrew give a lot of thought to the naming process and entries should reflect the Watership Down Stud legacy