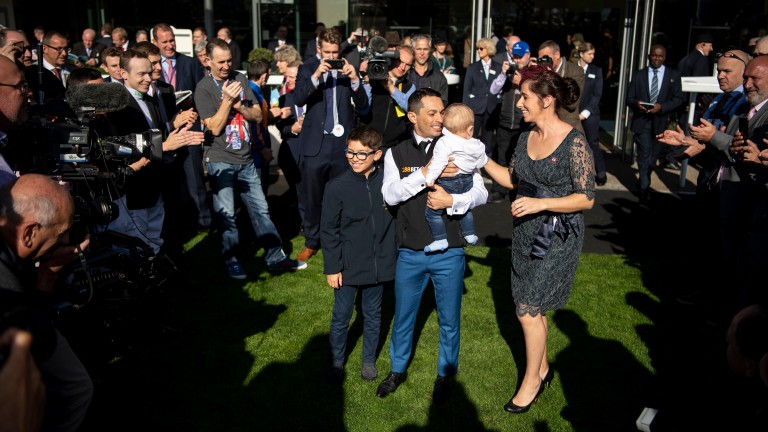 Victoria de Sousa talks to Vanessa Ryle about launching her own breeze-up consignment this year in our latest virtual stud visit produced in association with Great British Racing International.

De Sousa, a former apprentice jockey under her maiden name Behan, tells us about her background in riding, pre-training and raising a family with champion jockey Silvestre de Sousa.

She also talks about her approach to preparing horses and her thoughts on the coronavirus pandemic, and we get a glimpse of some of her two-year-olds heading to the sales in the coming weeks.

Part two: Roger Marley tells us about the lots he has on offer this season

Part one: Roger Marley on his route into the breeze-up industry and Kameko's sister

FIRST PUBLISHED 7:33PM, JUN 16 2020
We get a glimpse of some of her two-year-old lots heading to the sales in the coming weeks