Take a trip up the Newmarket gallops with Saffron Beach 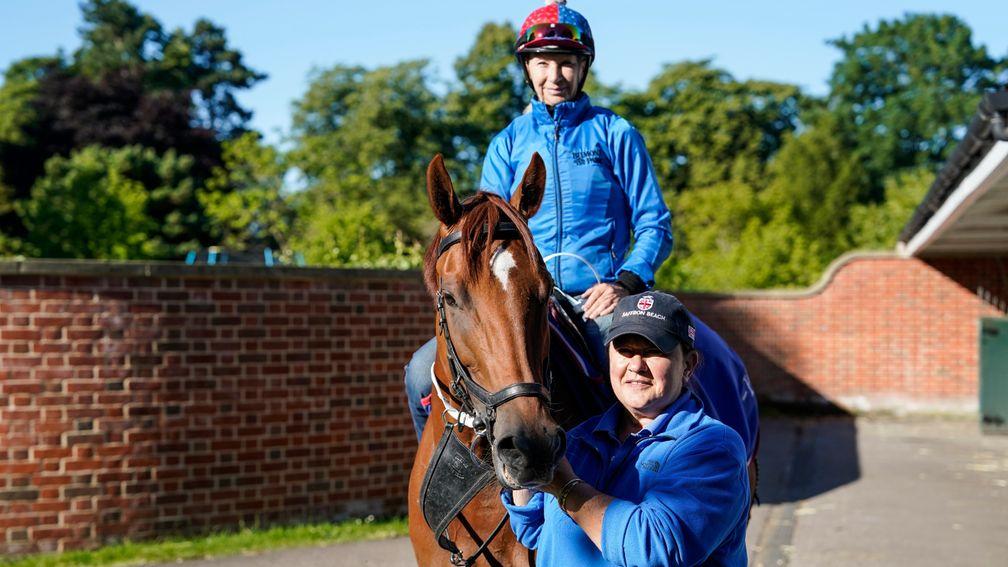 Saffron Beach has been a superstar for Jane Chapple-HyamCredit: Megan Rose Photography

Saffron Beach has given trainer Jane Chapple-Hyam and her owners the most incredible ride for the last three seasons.

Winner of the Oh So Sharp Stakes at two, the daughter of New Bay ran second in the 1,000 Guineas before going right up the ladder to Group 1 glory in the Sun Chariot Stakes.

At four, she has been as good as ever, lifting both the Duke Of Cambridge Stakes at Royal Ascot and Deauville's Prix Rothschild.

Bought as a foal for 55,000 by Liam Norris and William Huntingdon, Saffron Beach is still in training and has the option of going to the Longines Hong Kong International Races in the middle of December.

First, though, she has a date at the Tattersalls December Mare Sale, featuring as lot 1878 of Tuesday's new Sceptre Session.

As you'll see here, she's still in flying form as she has a spin up Warren Hill with Abi Harrison on board.

Fancy yourself as a jockey? Come along for the ride on Aussie sprinter Artorius

Ever wanted to jump on board a breeze-up horse?