Why a perfect storm could be brewing for this young gun 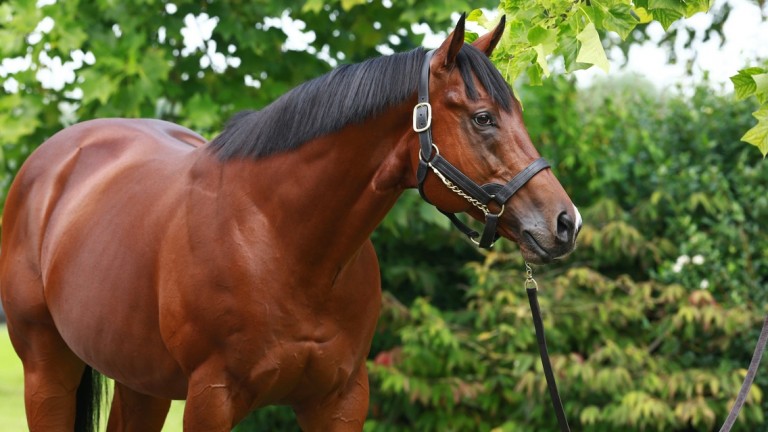 It is one thing for a sire to make a bright start with his first two-year-old runners, but quite another for him to maintain momentum during the following three seasons as he waits for his better-bred stock – the result of breeders paying more for their nominations and sending better mares after that fruitful freshman term – to mature and reach the racecourse.

Look at New Approach, who has endured a quieter time of it since supplying three Royal Ascot juvenile winners including champion Dawn Approach in his debut crop, for example; or Zoffany, who also posted three two-year-old winners at the royal meeting in his first season with runners, although he is likely something of a sleeping giant as his more expensively bred offspring turn yearlings in 2018.

The situation is worse at the lower end of the market as commercial breeders can be preoccupied with supporting newly retired names, and it is notoriously difficult for stud masters to fill books in those less expensive stallions' third seasons.

Such circumstances make Siyouni's exploits in his early years with progeny all the more admirable. The son of Pivotal, winner of the Prix Jean-Luc Lagardere at two and second to Dick Turpin in the Prix Jean Prat at three, has four crops of racing age all sired at a fee of €7,000 at his owner-breeder the Aga Khan's Haras de Bonneval in Normandy, before his fee rose to €20,000 in 2015.

All of those crops – from the oldest aged five down to the two-year-olds of 2017 – have yielded an excellent number of top-notchers.

Siyouni – out of a Danehill half-sister to a former champion sire in France in Slickly, so the clues were there – hit the ground running when Ervedya emerged among his earliest representatives. The Aga's homebred filly demonstrated plenty of class and laudable versatility at two when she won the Prix de Cabourg, finished third in the Prix Morny and found only Found too good in the Prix Marcel Boussac.

In the following year Ervedya went on to win the Poule d'Essai des Pouliches, turned the tables on Found to take the Coronation Stakes, and scored a precious victory over colts, including Karakontie, in the Prix du Moulin.

She is one of five Pattern winners from Siyouni's first crop, along with Bourree, Finsbury Square, Siyoushake and Souvenir Delondres, while there were also Listed winners Lady Sybil and Mocklershill and the stakes-placed Lehaim, Passiflore, Shamal and Svoul.

Siyoushake, twice placed in Group 1 company in 2017, and Finsbury Square, a close fifth in the Diamond Jubilee Stakes in June, provide a persuasive argument that their sire seems to transmit durability among other qualities, as they have made 21 and 33 starts respectively.

Siyouni's second crop included three Pattern winners, all high-class fillies: Spectre, a Group 3 winner who has earned a lofty Racing Post Rating of 116 having finished on the heels of Ribchester in Group 1 company; Volta, successful by four lengths in the Group 2 Prix de Sandringham and placed in the Prix de Diane and Prix Rothschild before passing away too young; and Trixia, a Group 3 scorer in her unbeaten juvenile season.

The colt Nice To See You, another member of this group, is a Listed winner and, like Siyoushake and Finsbury Square, is a tough cookie having raced no fewer than 35 times. 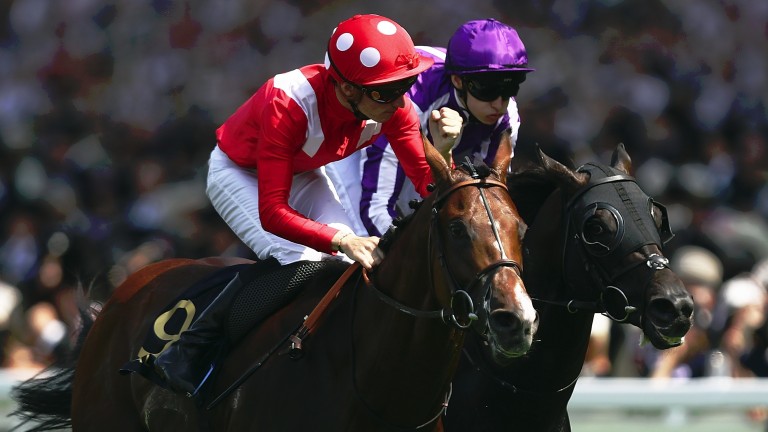 Highlights of Siyouni's third crop were Le Brivido, a short-head second in the Poule d'Essai des Poulains and triumphant in the Jersey Stakes last year – he has not been seen since but must be an exciting prospect for 2018 – as well as Straight Right, sold to King Power Racing for £450,000 at the Goffs London Sale and seventh in the Commonwealth Cup at Royal Ascot.

Straight Right has been tried in handicaps on his last four starts and it is not hard to envisage him landing a big one before returning to black type company.

The following vintage, Siyouni's two-year-olds of 2017, were the last bred at the sire's less expensive introductory fee, in the months before those first two-year-olds such as Ervedya dazzled and earned him a price hike. It comprised 86 foals, the largest of his first four crops, a fact attributable perhaps to breeders being encouraged by the appearance of his early stock and a useful average price of more than £30,000 for his first yearlings under the hammer.

SIYOUNI – THE FACTS AND FIGURES

Pedigree 11yo b h Pivotal-Sichilla (Danehill)

Members of that crop have hinted that they might be Siyouni's best yet. There was Laurens, winner of the May Hill Stakes and Fillies' Mile who has been talked of as a Prix de Diane candidate, and the equally if not more exciting colt Sacred Life, who took the Group 3 Prix Thomas Bryon by six lengths in October to remain unbeaten in three starts.

Those two look live Classic prospects in the year ahead, and you would not rule out Sully, either, as she won a Listed contest in the French provinces by clear water, or the stakes-placed Altea and Zyzzyva.

Remember the names Infernal Majesty and Ghazawaat too; the colt and filly - she a €650,000 purchase by Shadwell at the Arqana Breeze-up Sale - finished first and second in a conditions race on the Deauville Polytrack in November.

Considering Siyouni was able to achieve all that with progeny conceived at a cost of €7,000, it whets the appetite for his more expensively bred runners. 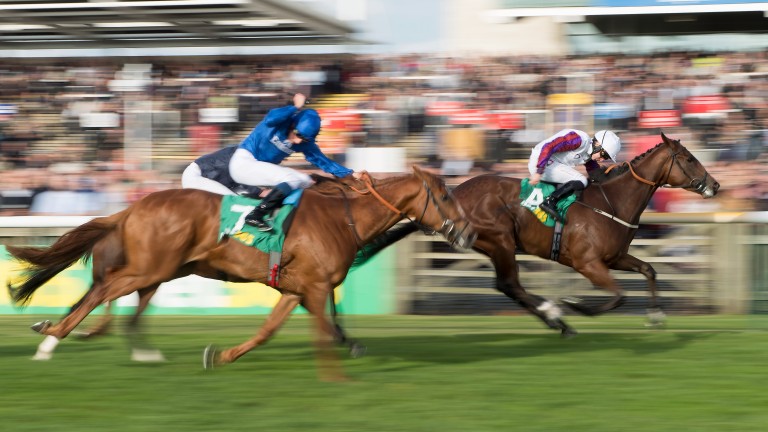 Those breeders who paid €20,000 for the sire's services in 2015, to produce two-year-olds of 2018, were rewarded with a yearling average price of around £104,000 in 2017 with Godolphin buying a pair, a half-brother to Zagora for €420,0000 and a sister to Volta for €300,000, while a half-brother to Prix de Diane runner-up Sistercharlie is in training with Jean-Claude Rouget under the name Sottsass for Peter Brant's White Birch Farm after being bought for €340,000.

Other Siyouni juveniles to look forward to this year include a three-parts sister to top sprinter Maarek sold to Joe Foley for 165,000gns, a half-sister to Richmond Stakes winner Prolific bought by John and Jake Warren for 150,000gns and the Aga Khan's homebred colt out of dual Group 3 winner Vadapolina.

So it is looking like a perfect storm for the sire in 2018, with some of those regally bred youngsters set to be unveiled in the same season that a group of three-year-old runners who promise more than their covering fee entitled us to hope for take their chances in the Classics. Then there are older horses of the calibre of Le Brivido and Straight Right still around.

What's more, whatever happens in the year ahead, there may be even better around the corner, with the sire having commanded fees of €30,000 and €45,000 in the last two seasons and his price ratcheted up to €75,000 for his next covers.

And the ultimate accolade for Siyouni? In 2016 he was chosen by the Aga Khan to cover his legendary mare Zarkava, which resulted in a filly born last March who could be one to keep the sire's name in lights into the next decade.

FIRST PUBLISHED 6:47PM, DEC 31 2017
Siyouni is out of a Danehill half-sister to a former champion sire in France in Slickly, so the clues were there