James Thomas chats to the man behind Lackendarra Stables 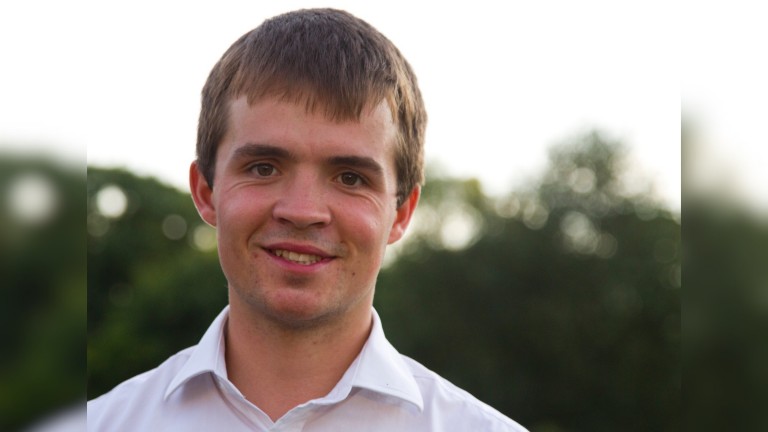 Eddie Linehan has ridden and trained winners, but for the time being his focus is firmly on selling them. Operating out of Lackendarra Stables in Mallow, County Cork, Linehan will offer a trio of two-year-olds at this week's Goffs UK Breeze-Up Sale, with fillies by No Nay Never, Camacho and Kitten's Joy due to come under the hammer during Thursday's session.

The 26-year-old may be a relatively new name on the breeze-up sales circuit, but he can call upon a broad range of experiences from his time in the saddle having ridden winners under both codes, including for the likes of Willie Mullins, Nicky Henderson and Mark Johnston.

"My dad had a couple of point-to-pointers and then a couple of breeze-up horses and I started out, like a lot of people, with ponies and then pony racing," says Linehan of his route into the racing world.

Aurelia Cotta supplied Linehan with his first winner as a trainer when landing a Gowran Park handicap in August 2015, and duly gave him his second when following up just over 24 hours later at Leopardstown.

However, things have not proved quite so straightforward since, and Linehan says that commercial concerns prompted a change of direction.

"Trading is the main thing now," he says. "We didn't have the financial backing with the training side, but with the trading you always have the chance of a payday.

"With the breeze-ups, if you can get into a sale you know you've a chance of selling so it's more commercially viable than the training. We buy them to sell, but if we end up bringing the odd one home then we'll race them ourselves."

Doncaster was a happy hunting ground for Linehan during his time as a jockey, riding winners on Liberty Ship for Mark Buckley and Diamond Lady for Jo Hughes on Town Moor.

And the South Yorkshire sales ring also provided Linehan with his best result as a pinhooker, with So Hi Society, a daughter of Society Rock picked up for just €5,000, going the way of Blandford Bloodstock and Archie Watson for £62,000.

The filly not only won but went on to gain black type before being sold on again to Mandore International for €180,000. 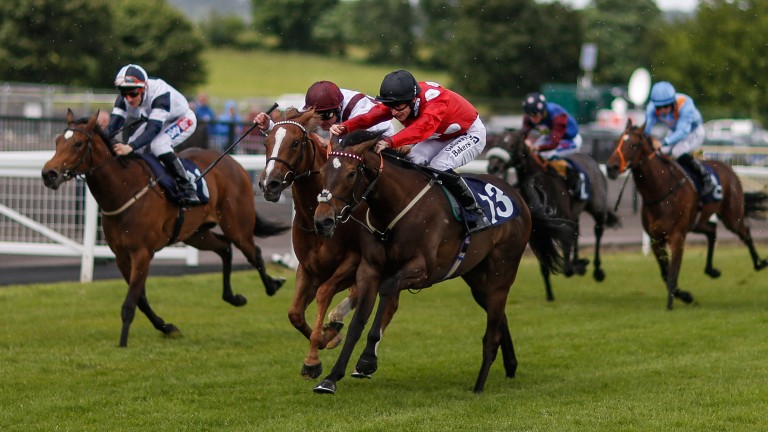 So Hi Society (red): pinhooked by Eddie Linehan for just ?5,000
Alan Crowhurst
This year's draft may be small on numbers, with Linehan putting the emphasis on quality over quantity after a difficult breeze-up season for all concerned in 2018, but it undoubtedly packs a punch on the sire power front.

"We have three fillies this year and they're all by nice sires," Linehan says. "They're all fairly early types and we've tried to bring horses who might be able to run within a month or two.

"The Camacho (Lot 138) looks like the earliest, she looks like she could run in a couple of weeks, and I don't think the No Nay Never (30), who seems to have plenty of class too, would be too far behind. The Kitten's Joy (81) might just take a little bit longer because she's got a bit more scope than the other two."

Linehan cites his stints with champion trainer Mullins as having the biggest impact on his approach to preparing horses, be it for the sales or the track, saying: "I was there from when I was 15 to 18, so that's when I would've learned a lot about horses and riding. The consistency is a big thing, the horses have a great routine at Willie's, so we're always trying to imitate that as best we can."

After what he describes as "a bit of trial and error", his approach to pinhooking has been honed, and with new facilities on the horizon the family-run Lackendarra Stables looks a name worth noting for the future.

"We're putting in a new gallop in the next couple of weeks especially for the breezers," Linehan says. "If this year goes okay I'd love to have more numbers in and basically the aim is to keep getting bigger and better."

FIRST PUBLISHED 6:06PM, APR 22 2019
If this year goes okay I'd love to have more numbers in and basically the aim is to keep getting bigger and better