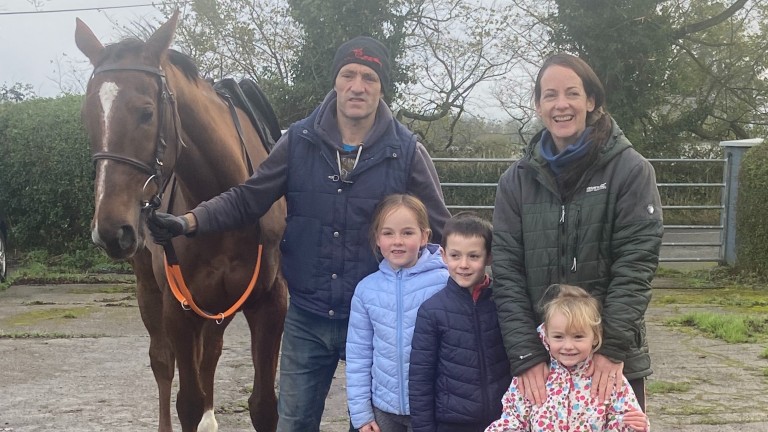 There's a good reason why Richard Morrissey's name will not be familiar to all those looking at the vendors in Thursday's Goffs UK P2P Sale at Yorton.

The Dungarvan-based trainer has waited so long to find the right horse that he would make the late Barney Curley seem impetuous by comparison.

Morrissey's filly Rockonsoph, who made a notably impressive debut at Turtulla a fortnight ago, was not only his first winner for seven years, but his first runner of any denomination.

"I took out a restricted training licence in 2013, I had a few winners under rules and in point-to-points, a bit of young stock, but my last was in 2014," he explains. "I wasn't going to run anything if they weren't good enough."

While working as an electrician at Waterford Crystal, Morrissey bred from one of his old winners, Fromthecloudsabove. Her first foal, the Notnowcato-sired Rockonsoph, whose family traces to the two-mile legend Badsworth Boy, proved literally enough to get out of bed for.

The all-action trainer adds: "I got married and I hadn't really had the time, trying to get the kids going, and she was out in the field. 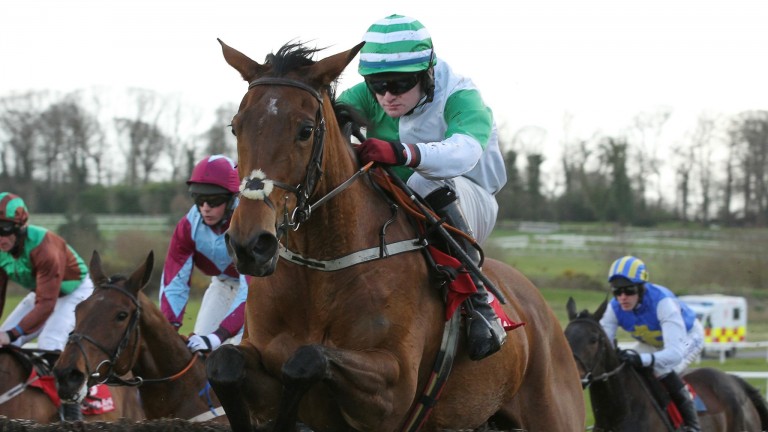 Rockonsoph's dam Fromthecloudsabove in action at Wexford in 2014
CAROLINE NORRIS
"I broke her in and as a two-year-old, I said to my wife, 'I think this one's good enough', and she said, 'Could you take out the licence and go again?', so I did.

With the help of jockey James Hannon, Morrissey left no stone unturned in preparing his filly.

"I had her ready for a bumper the first day of Punchestown but she was a bit weak, the best thing was to leave her, and she thrived over the summer, so it was a blessing in disguise," he says.

"I had her at Monksgrange in a schooling bumper, five or six weeks ago, all the Wexford boys were there and she was second to one of Denis Murphy's who had cost a lot of money.

"I knew I had something then, and then she worked mighty in a schooling race at Boulta, so we were very confident that she was going to win. She was exactly as her dam, who'd give you 100 per cent, a carbon copy."

The family are clearly torn by selling Rockonsoph, particularly as there are only a couple of colt siblings to come, but the chance of a considerable payday at a high-profile sale is hard to turn down.

"I actually lost the mare foaling last April and I said if we ever get some luck out of the filly, it'll be this one," Morrissey says.

"I bought her as a foal for three grand and it was the last sale my dad was at. I won't ever get a filly like this again. From day one when I broke her, whatever I asked her to do, she did it. She was a pleasure to have."

A list of around 20 horses who have won either points or under rules are set to be offered at the farm near Welshpool from 1pm. The corresponding event last year saw a record-equalling fee for a pointer in the £570,000 Classic Getaway.