Duncan Taylor explains why the Kentucky consigning behemoth is branching out 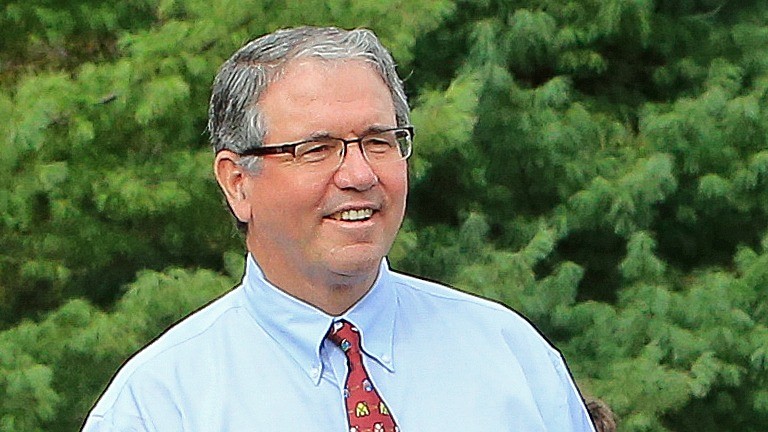 Europe could be a first frontier for America’s largest sellers of thoroughbreds, the Taylor family’s Taylor Made Sales Agency, which will test the markets at Arqana’s Deauville yearling sale next year following the Tattersalls December sale in three months.

“It’s one step at a time. We’ll see how this goes and how it works, and it could lead to more in the future,” said Taylor Made president Duncan Taylor of the company’s international expansion possibilities.

Taylor envisions transporting Taylor Made’s unique style to Europe, complete with the agency’s trademark uniforms of khaki trousers, blue shirts and maroon ties and caps, as well as its emphasis on customer service.

“We’ll be doing all the same kinds of things,” he said while overseeing Taylor Made’s consignment during the first day of the 13-session Keeneland September yearling sale on Monday. A total of 502 yearlings were entered in the September sale by Taylor Made, which has sold 5,057 horses for more than $675 million over the last 18 years just at this single venue.

Over the last 20 years, Taylor Made has led all consignors worldwide by turnover 18 times, according to the agency.

Taylor said he and his family are still formulating plans for the Tattersalls December sale and don’t yet know how many horses could be consigned there.

The idea for trying the Tattersalls sale was sparked by the importation of a number of fillies and mares from Europe into the US annually. While those females might be well-bred and/or have achieved stakes credentials in Europe, their bloodlines might not be well enough known in America to ensure adequate prices when sold for breeding, Taylor said.

Thus, Taylor Made will work with clients to place those types of fillies and mares back in the European market, where their value can be better maximised.

For the Deauville yearling sale beginning next year and other bloodstock projects, Taylor Made has joined in a partnership with Haras de Gouffern and its commercial affiliate, International Thoroughbred Consultants (ITC). Jean-Pierre de Gasté is the president of ITC. and Haras de Gouffern.

In a prepared statement released on Monday, the parties announced that “Taylor Made Sales Agency and Haras de Gouffern plan to put together a group of quality yearlings, with a blend of European and American bloodlines. To achieve such plans, Cathy Barry, a highly experienced Irish professional, has been hired to join the Gouffern team as yearling manager.”

The Deauville venture will begin modestly, with Taylor estimating that it could involve between five and 12 yearlings.

The individuals should be by sires such as Speightstown, who is proven in Europe, and Karakontie, a French Classic winner who also won the Breeders’ Cup Mile. They should aslo have a female family known in Europe and the kind of athletic movement that is important there.

“It’s interesting. We found the right partner; they’ve got a nice farm over there so it gives us like a home base to operate from,” Taylor said, noting that the partners have already worked together on ventures such as identifying horses for private acquisition by Middle Eastern clients.

“And the world becomes more global all the time,” he continued. “So, we’re just trying to help our customers maximise the value of their horses.”

Taylor travelled to France in August to observe the Deauville sale and learn what is required there with a consignment.

“I basically looked at just about every horse in the catalogue. And just looked at how people were doing things,” he said. “I thought it was really good. And it's a great experience for our customers. If they’ve got the right horse and want to go, it’s a trip of a lifetime.”

Taylor Made to join force with Haras de Gouffern at Arqana

Leading US vendor Taylor Made to offer first European draft