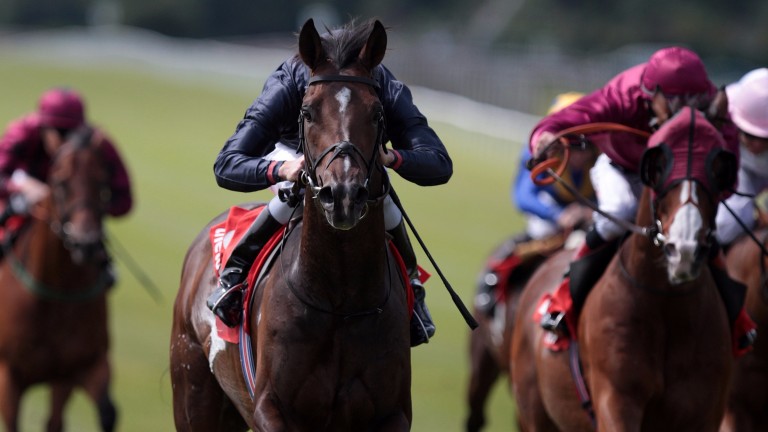 Both Mont Ormel and Haras de la Cauviniere have undergone name changes – the horse is now known as Helene Charisma since being sold to race in Hong Kong for John Moore, while the stud now trades as Montfort et Preaux after a restructuring.

A €320,000 Goffs Million yearling purchase by Coolmore, he was trained by Aidan O'Brien to win the Group 3 Minstrel Stakes and finish second in the Phoenix Stakes at the highest level.

Since being retired to stand at Cauviniere he has sired the winners of 182 races and more than £3 million in prize-money. Besides Mont Ormel, his best representatives are Listed winner Rougeoyant and Listed-placed Djoko, Penjade and Wind Tartare.

Air Chief Marshal will stand alongside the likes of Classic winners and proven jumps sires Brian Boru and Vinnie Roe at Longford House Stud, in a deal brokered by agent Mick Kelly.

His covering fee for 2018 will be announced at a later date.

Diamond Boy on the move to Kilbarry Lodge Stud

FIRST PUBLISHED 5:41PM, AUG 24 2017
Since being retired to stand at Cauviniere he has sired the the winners of 182 races and more than £3 million in prize-money