There are two types of horse races, jumps and Flat, and each one incorporates different classes and types of races.

The Classics are the most prestigious Flat races in Britain. They have been run for centuries and horses are bought and bred to try to win them. There are five Classics, all of which are contested only by three-year-olds:

Oaks – Run at Epsom racecourse in June. A one mile four furlong race for 3-y-o fillies.

Derby – Run at Epsom racecourse in June. A one mile four furlong race for 3-y-o colts and fillies.

St Leger – Run at Doncaster racecourse in September. A one mile six furlongs race for 3-y-o colts and fillies.

All the Classics are classified as Group 1 races and top-class horses are campaigned towards them throughout their two-year-old and early three-year-old careers, when in the spring a number of them appear in Classic trial races.

Group races are the most well-known and the best races, divided into three categories – Group 1, 2 and 3. Many of them are restricted to certain age groups (from two-year-olds to four-year-olds and older) or to a specific gender (eg fillies only) and they are spread throughout the racing year to form a programme of races over different distances and at a range of racecourses.

The highest level is a Group 1 race; these are the highlight events on the racing calendar. Group 1 races are a test of class and all the horses run off level weights but allowances are given for three-year-old horses against older horses and for fillies and mares against colts and geldings.

Group 2 and 3 races are still of high importance but are a step or two below the top tier in terms of quality. In these races the weights are calculated in a similar manner to Group 1 contests, but there is also the addition of penalties to make the races more competitive. Penalties, in the form of extra weight carried by the horse, are given to horses who have won at an equal or higher grade within a certain timeframe.

A Listed race is a further step down from Group level, that is just below Group 3, and the same weight penalties apply.

The majority of horses end up competing in handicaps. Every horse is assessed after each race by a team of handicappers and given an official rating, which usually increases if they run well and decreases if they don’t.

In a handicap race, each horse is allotted a weight based on its rating – each point represents 1lb. For instance, if a horse rated 90 carries 9st 8lb, a horse rated 88 will carry 9st 6lb. Handicap races are often restricted to a specified ratings band, for example 0-90.

The highest rating a horse can have in a Flat handicap is 110; beyond that, they would have to compete in Group and Listed races. Some of the handicaps are highly valuable and historic races such as the Wokingham, Cesarewitch and Ebor regularly attract fields of 20 runners or more, if safety limits allow. These top-level handicaps are rated as Class 2 handicaps; the lower the ratings band of horses who can compete, the lower the grade of handicap, the lowest being Class 7.

Jumps horses compete from the age of three, with many starting later than that. Jump racing (also known as National Hunt racing) can be easily separated into five divisions:

National Hunt Flat races – commonly known as bumpers, these are for horses bred for jump racing. No obstacles are jumped and the races are seen as a building block to a future career over hurdles or fences.

Novice hurdling – Horses who begin the season having not won a hurdles race can compete in novice hurdles until the end of the season where they pick up their first hurdles win.

Hurdling – Horses can compete over hurdles in open company, racing in either Graded, handicap or selling company.

Chasing – A division for horses running over fences in open company, again competing in either Graded, handicap or selling company.

The grading system for jump racing follows the same rules as the Flat races, but races are called Graded races instead of Group races. The highest level is Grade 1, where horses compete off the same weight (but with allowances for age or gender), and this includes illustrious races such as the Cheltenham Gold Cup and the Champion Hurdle.

One of the other key differences is that over jumps the handicap ratings are much higher than they are on the Flat. There are also Grade 3 handicaps over jumps, which are often highly prestigious prizes such as the Grand National and the Ladbrokes Trophy (formerly the Hennessy Gold Cup). 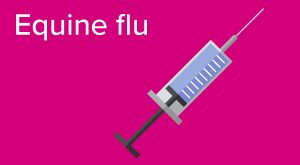 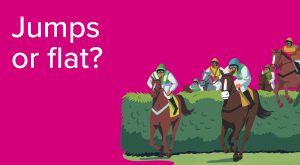 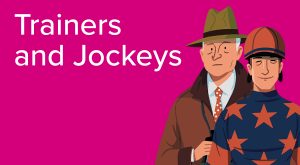