The Race - Guide to Horse Racing

Racing can be hard to understand for a beginner, with races run on different ground, over a variety of distances, with obstacles and without, beginning with different types of starts, and with horses often carrying different weights. It can all get a little confusing, but our guide below breaks down everything you need to know about ‘the race’.

What are the main differences between a Flat race and a jumps race?

The first thing you will notice after taking a position in the stands is the starting point and indeed how the horses will start. In Flat racing, horses go into numbered starting stalls which have been pre-assigned in a draw. Some horses can become agitated going into the stalls but they are looked after at the start by expertly trained stalls handlers and the stalls are designed to start the race in an orderly and fair manner. Jump races start differently, with horses and riders being asked to walk in slowly before a flag is dropped to start the race.

Race distances are another major difference between Flat and jumps racing. Flat races are run over a minimum of five furlongs (1,000 metres), up to a maximum of nearly two miles and six furlongs. In jumps racing, the minimum distance is around two miles (although sometimes shorter in National Hunt flat races), with the Grand National at Aintree run over approximately four miles and two furlongs.

The other noticeable difference is in the name, as horses have to jump obstacles, be it hurdles or fences, in jumps racing, whereas Flat horses race on the level.

What are the similarities?

In both Flat and jumps racing, there is a set starting point and a set winning line. A photo-finish will be used to determine the winner if the finish is particularly close or, occasionally, to declare a dead-heat between two or more horses.

Both types of racing, Flat and jumps, have races where all horses compete carrying the same weight, but both also have races where competitors carry different weights based on their handicap ratings or on penalties for previous wins. As a rule of thumb, jumps horses carry more weight than Flat horses.

Races can be run on a variety of ground conditions, ranging from Heavy to Firm, and optimum surfaces differ for jumps and Flat. For example, Good to Soft ground might be ideal for the start of the Cheltenham Festival, whereas Royal Ascot would be ideally run on Good to Firm ground. All-weather racing takes place on a synthetic surface, although there are numerous types of synthetic surfaces.

The race and race tactics

During a race, each jockey attempts to optimise their horse’s ability to give them the best possible chance. Plenty of horses have a preferred running style, with some liking to be held up before challenging late, while some try to win from the front.

Some tracks suit certain types of horses better, but in essence, any horse with any style of racing can win a given race, depending on the tactics and pace of the race. In the later stages of a race, usually the final couple of furlongs, jockeys will manoeuvre their horses into the right position so they can challenge for the win if their horse is going well enough to compete. At this stage some jockeys will appear to be a bit more active, bouncing and beginning to urge their horse more forcefully, at which point the commentator may refer to that horse as ‘off the bridle’.

The outcome of many races hangs in the balance well into the final furlong, leading to an exciting spectacle, although wide-margin victories are more common in jumps racing due to the more extreme race distances and ground conditions. 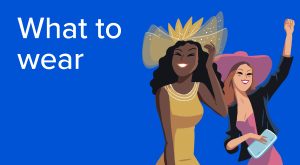 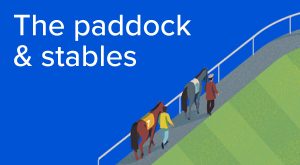 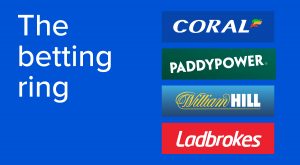