Breeder of the Week DAVID WARD

The owner-breeder also has the stakes-placed Sunday Star 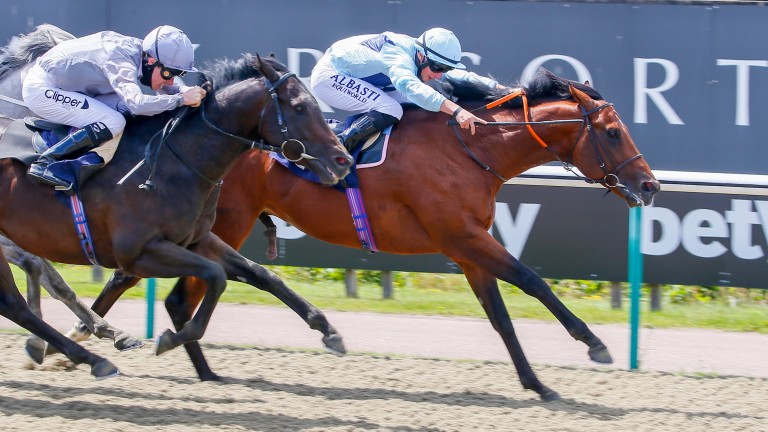 Starman, pictured winning on debut at Lingfield in July, is unbeaten in three starts
Mark Cranham
1 of 1
By Kitty Trice UPDATED 5:46PM, SEP 8 2020

The ups and downs of breeding horses are well-documented and owner-breeder David Ward has experienced his fair share of it.

With his winning mare Northern Star having produced three offspring, including the unbeaten Starman, who struck in Listed company at York on Sunday, it came as a big blow when the mare sadly lost her life after foaling a Kingman filly two years ago.

He said on Monday: "Unfortunately we lost her after the third one was born, which was heartbreaking, but to have her three offspring who all look very nice horses is tremendous."

Consolation has come in the form of Starman, the Dutch Art colt who has shot through the ranks in three winning starts since July, blowing away older rivals in the Garrowby Stakes on the Knavesmire at the weekend.

It was a particularly special moment for Ward, as he explained: "I always had a yearning to win at York, which I've done a couple of times now, so it holds a special place in my heart."

On how he came into the venture of breeding racehorses, he added: "I used to go racing as a child mainly with my father; I used to really enjoy going to York, that was always our favourite venue.

"I first bought some yearlings in 2010 through Ed Sackville and they went to Tom Dascombe initially, one of which was Northern Star. She won and I decided to take the plunge into breeding my own horses. She was the first mare I bred from." 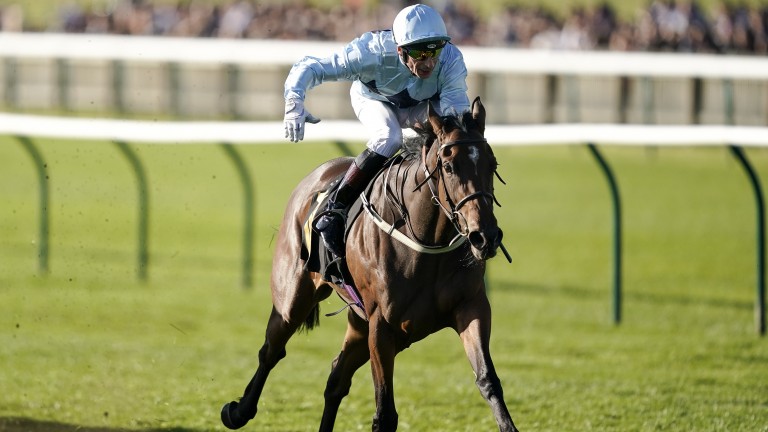 Northern Star's first foal turned out to be Sunday Star, a three-time stakes-placed daughter of Kodiac, who was fourth in a Group 3 at Baden-Baden on Sunday, an hour and three-quarters after her half-brother had struck at York.

On the decision to send the Montjeu mare to Cheveley Park's Dutch Art, a mating which resulted in Starman, Ward said: "We do all our matings with Sackville and we wanted to inject some pace into the page. Sunday Star is by Kodiac, which went well, and I thought we needed to do the same again. Dutch Art was the choice and it's worked out spectacularly well so far."

Starman has certainly showed pace, and on what makes the Ed Walker-trained colt so exciting, his owner-breeder added: "We've always held him in high regard, we could have run him at two but because he's such a big, strong horse he probably needed more time mentally and physically.

"Hopefully he's exceptional and he could run once more this year. He may go for the Champions Sprint, but we need to see how he comes out of this race and, more importantly, how the ground is."

Despite the loss of Northern Star there are still exciting plans in motion, with her daughter Sunday Star heading to a leading stallion for her first cover, while a relation to Sussex Stakes hero Mohaather is expected early next year.

"I've got four other mares at Whatton Manor Stud, one is a nice filly called New Day Dawn, who is a half-sister to the dam of Mohaather. She's in foal to Showcasing, so her offspring will be a direct relation to Mohaather."

Matt Prior: 'The industry continues to show how incredibly resilient it is'

British EBF to provide £750,000 of prize-money enhancements to autumn programme

FIRST PUBLISHED 4:36PM, SEP 7 2020
I've got four other mares at Whatton Manor Stud, one is a nice filly called New Day Dawn, who is a half-sister to the dam of Mohaather