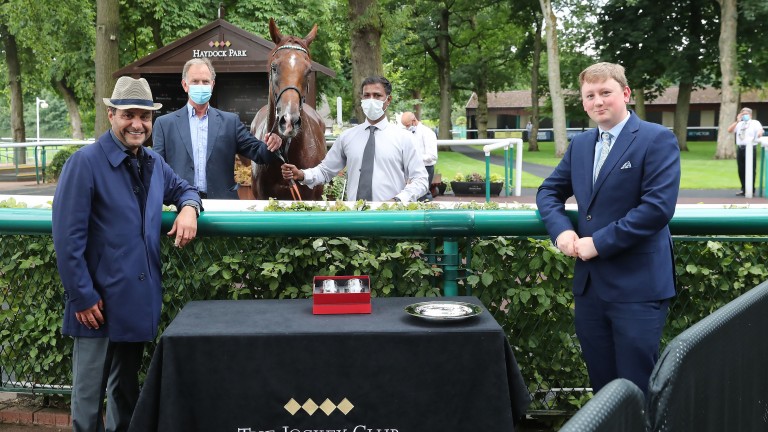 Imad Al Sagar received widespread praise a fortnight ago for giving Hollie Doyle a major break when he decided to appoint her as his retained jockey for a string of around 30 horses in training.

The partnership began in the best possible way last week, when the in-form rider steered the promising John Gosden-trained three-year-old Faisal to a ready success on his debut at Lingfield, and got better still as Extra Elusive benefited from a change in tactics and a confident front-running ride in the Group 3 BetVictor Rose of Lancaster Stakes at Haydock.

Roger Charlton’s five-year-old, who was placed in Pattern company during a fairly quiet 2019 campaign, had shown signs of his ability in two earlier stakes races on turf but this was a marked improvement.

Extra Elusive is from one of the most significant families at Blue Diamond Stud, a Newmarket farm that Kuwaiti businessman Al Sagar has been developing for the last decade. He is a Mastercraftsman half-brother to Ajaya, who was elevated to stallion status after winning the Gimcrack Stakes in the same green colours made famous by 2007 Derby hero Authorized. 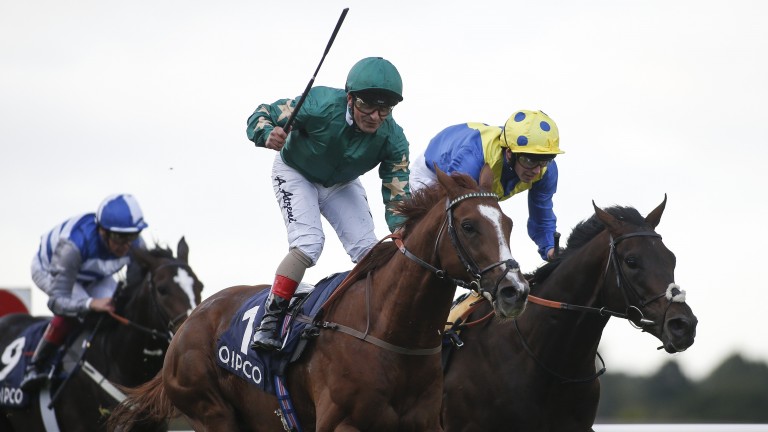 "It’s [Breeder of the Week] very kind recognition for BDS," says Tony Nerses, Al Sagar’s racing and breeding adviser. "We always thought of Extra Elusive as an above-average horse. His previous runs probably didn’t do him justice but a superb ride from Hollie made our dream come true.

"We all talked the tactics through and coming from behind somehow didn’t suit him, he’s a bit of a free-goer in his races and it maybe distracted his rhythm. I think by letting him go it did the job for us, he settled better."

Nerses is full of praise for 23-year-old Doyle, whose star shines brighter by the week.

"It’s been a dream ride," he says. "She’s ridden just a handful of horses for us and she’s a high-class jockey, she uses her brain in races, she’s focused and hungry. She’s got a clock in her head and for a young girl of her age to be riding the way she has, there can only be better to come."

Nerses has made blue-chip mare purchases for Blue Diamond to bolster its band to a current level of around 45. Alumni include Duke of Cambridge winner Aljazzi and Decorated Knight, a star of the middle-distance ranks three years ago.

He is currently being stood by the operation at the Irish National Stud, with his first crop now of yearling age.

With the recruitment of Extra Elusive’s dam Nessina, an unraced daughter of Hennessy and Juddmonte’s smart mare Didina, it was a case of second time lucky.

"I bought her at Tattersalls in December 2012 when she was offered in foal to Invincible Spirit," recalled Nerses. "I’d wanted to buy her when she'd been offered a year before from Juddmonte. Somehow I got put off but she came in again the next year. I had to pay quite a lot more [300,000gns] but it was worth it. We got her in the end.

"She’s from the family of Cityscape and Bated Breath, she’s got a proper pedigree and her first foal was Ajaya. We also have Mariam, a two-year-old filly by Fastnet Rock with Roger Varian, and she’s got a yearling colt by Siyouni going to Tattersalls Book 2.

"He’s going to be very interesting. He’s really nice. Imad and I have decided we’ll sell the colts, within reason and our price range that we think they’re worth, and keep the fillies for the stud. Imad is very keen to do that."

Blue Diamond sale graduates have been winning as far afield as Sweden and Galway lately but it is those still retained by Al Sagar, who managed to attend the Haydock meeting where Extra Elusive won, which are clearly most special. 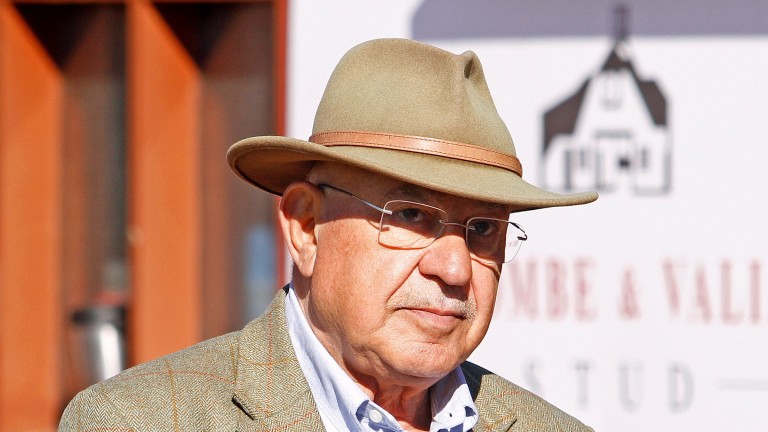 "It was worth the trip," said Nerses. "We were all very happy; when you have a homebred Group 3 winner it means quite a bit.

"Now he’s a winner of a Group 3 it’s time to step up. We’ll look for a Group 2 or a Group 1, if there’s a suitable one, but we’ll give him a month before deciding where to go.

"Faisal is also a very good prospect and fingers crossed we might have something special with him. We’ve been very happy with the results so far this year and I’m hoping we might still have better ones to come."

FIRST PUBLISHED 5:07PM, AUG 10 2020
We were all very happy; when you have a homebred Group 3 winner it means quite a bit