Breeder of the Week LLETY FARMS 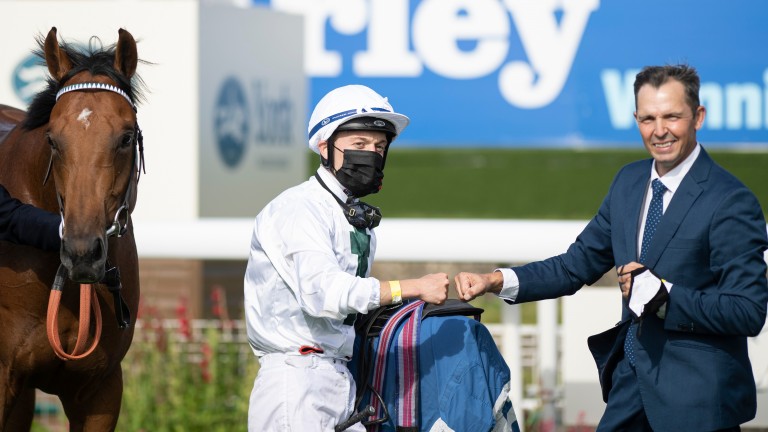 While trainer Terry Kent and jockey Ray Dawson are two of their respective profession’s newest names, the reason they were able to claim a landmark success at last week’s Ebor meeting is down to a far more established link.

Ataser, the two-year-old who collected almost £20,000 in Thursday’s Sky Bet EBF Stallions Nursery, had been suggested by David Hodge of Llety Farms and was bought for 4,500gns at Book 4 of last year’s Tattersalls October Yearling Sale.

He gave Kent, a familiar figure in Newmarket after long service for the likes of Michael Jarvis, Godolphin and Roger Varian, his first winner with a licence aged 53 at Ripon in July and has proved a real find from just four individual runners from the yard to date.

"Our mutual friend is Alan McCabe, he used to buy off us when he started and would always pick a nice horse," Hodge explained.

"He was scouting around in the summer and said Terry was thinking about starting training and did I have any horses that could be bought at a bit of value.

"Ataser’s dam had a bit of bad luck but he was a belter of a yearling, just a lovely lovely horse. I said I’d definitely recommend him and they loved him when they saw him at the sales. It has worked out really, really well and Terry has done a good job; his horses are very well mannered. 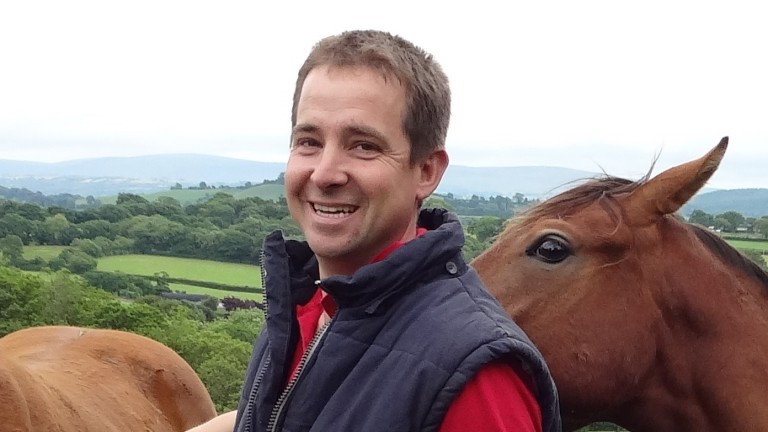 David Hodge produced Royal Ascot winner Soldier's Call from his Welsh farm
Martin Stevens
"Everyone thinks it’s easy to train two-year-olds but I think it’s one of the hardest things to do in the equestrian world."

Former trainer McCabe, who now breaks in and prepares horses for sales, had once picked up his own bargain from Hodge in Fratellino, who cost just £2,200.

"He was by Auction House, the old stallion we stood here and was second in the Windsor Castle at Royal Ascot and won a Listed race at Lingfield," the breeder recalled. "A rock-solid, 100-rated horse for a few years."

Llety, a long-standing operation run by the Hodge family in the picturesque Towy Valley in Carmarthenshire, also bred the rapid sprinter-turned sire Soldier’s Call and has stood a few other stallions over the years including Ataser’s father Sayif. The Middle Park runner-up was not a great hit and was returned to owners Saleh Al Homaizi and Imad Al Sagar.

Stimulation, the seven-furlong specialist who produced the Cesarewitch and Sagaro Stakes winner Sweet Selection, is their remaining stallion for private clients.

"Ataser’s half sister goes to Book 4 again, she’s a lovely filly by Equiano, a chestnut filly," Hodge revealed. "Sire power gets you everywhere and Equiano is very solid horse who shouldn’t be unfashionable."

He continued: "It’s quite easy for us to access the Irish and English stallions and we’re tipping away and enjoying breeding.

"We had a great few years on the track - we only had about 13 winners this year but something like 30 seconds and thirds, which has been driving us mad. Last year we got 37 winners and 46 was our record the year before.

"Tinto won what was I think the first race on ITV back in June, the first bit of live sport back on terrestrial sport on ITV [after the lockdown], so a 40-1 winner wasn’t too bad."

So has the Welshman marked McCabe's card about any more potential bargain yearlings? "I said come and look at them all," he laughed.

"I try not to single them out, but we do have a very nice draft."

Another Group 1 for Wootton Bassett

FIRST PUBLISHED 3:30PM, AUG 28 2020
I said I'd definitely recommend him and they loved him when they saw him at the sales