Willie Mullins with the latest insight on his runners at Thurles 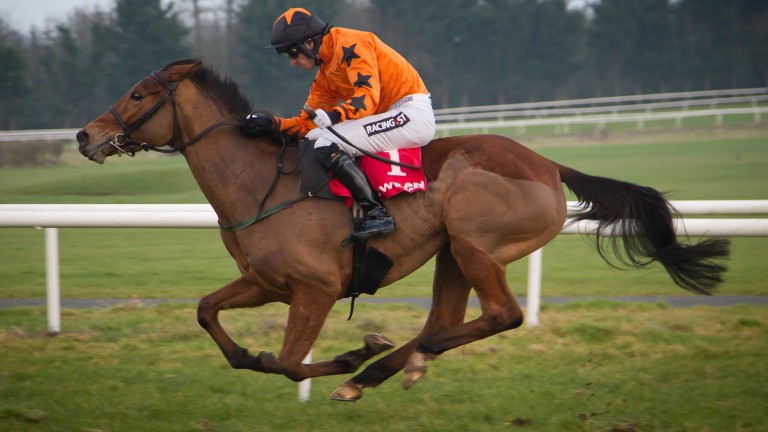 Force Of Forces makes his debut for us after two runs for Venetia Williams. A faller on his debut, he was well beaten on his second start in England, so it's difficult to make a strong case for him. But he has been schooling well and hopefully will finish in the money.

He's a nice sort, but his lack of experience could tell against him. Testing ground could be a bit of a culture shock for him, but he's been going well at home and he might be involved at the finish. He did win on the all-weather in France at two though.

Although Burrows Saint won by only half a length at Punchestown in November on his first start for us, the form was boosted when the second and third went on to run first and second in the same maiden hurdle at Leopardstown's Christmas meeting. The extra couple of furlongs should not be a problem.

After a series of placed efforts, Sympa Des Flos benefited from a step up in trip when making all to win a maiden hurdle over Sunday's distance at Limerick last time. With further improvement, he should be in the money. Both have realistic chances.

After running well when third in a Grade 3 over two miles at Naas on his reappearance in November, we're expecting him to improve on that effort. He's never gone the distance before but there's enough in his pedigree to suggest he should get the extra half-mile. He's quite well-in at the weights.

Kate Appleby Shoes put in a dour performance, coming from what looked a none-too-promising position, to win on her chasing debut at Limerick's Christmas meeting. Hopefully the experience gained there will boost her prospects. If she warms to her jumping, she'll have a very good chance.

FIRST PUBLISHED 8:00PM, JAN 20 2018
With further improvement, he should be in the money