Wednesday rides: Dolos a horse with potential in Fred Winter

Sam Twiston-Davies gives his verdict on his rides at Cheltenham 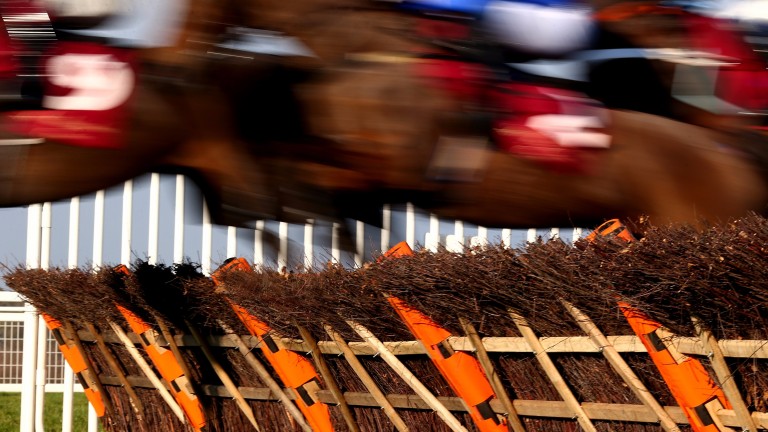 He has been prepared for the race since impressively landing a 3m handicap chase at Kempton in January by seven lengths from Kruzhlinin. That was the first time I had ridden Our Kaempfer and he gave me a really good feel, always travelling strongly and picking up nicely from the second-last. I schooled him for Charlie Longsdon the other day and he's clearly in really good nick. His big-race handicap form is sure to prove a major asset back in novice company and the likely fast pace will suit him well. He needs to relax and drop in - just as he did at Kempton - and if he manages to do that I could see him running a good race. I would definitely give him an each-way chance.

He had an official mark of 157 after winning the Grade 2 International Hurdle in December 2015, but is now 7lb lower. Old Guard ran well enough off a 3lb higher rating when fourth in the Lanzarote Hurdle over this trip at Kempton in January. The ground was a bit too soft for him that day, and I'm hoping conditions will continue to dry out for him. A fast-run race on good ground should suit Old Guard ideally, and I could see him surprising a few people.

I was impressed with Dolos when he made a winning debut for Paul at Chepstow in October and, despite being beaten on all three subsequent starts, he remains a horse with plenty of potential. Although we were disappointed at the time that he could finish only third in a novice hurdle at Taunton in January, the form of that race couldn't have worked out any better. The winner Air Horse One followed up in good style at Ascot, while runner-up The Unit has also won again since. Dolos went into that race with a rating of 136 and the handicapper has dropped him 2lb for that defeat. We're certainly not complaining about that and feel he is capable of a big run in the Fred Winter now that he is back among his own age group.