Wednesday free racing tips: our experts give their best bets of the day 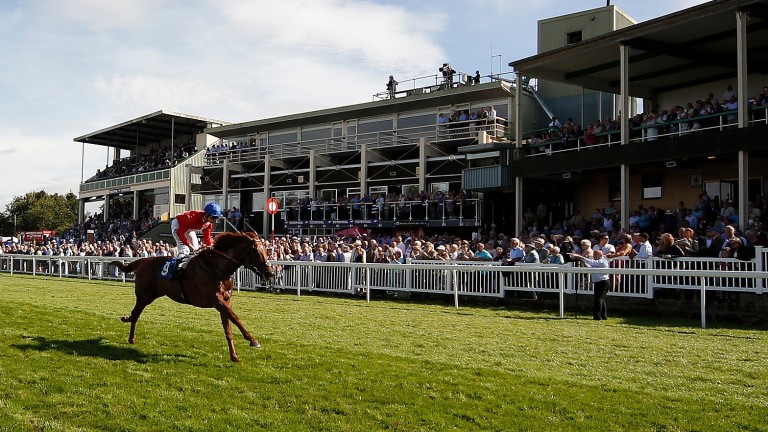 Back to form when runner-up off this reduced mark at Sandown last week. Would have gone even closer but for being hampered late on and takes a further drop in grade here.
Paul Curtis

Well backed and was only about a length behind the winner when losing his front end after the final fence. He can make amends for that unseat.
Raceform

Appreciated the drop in trip and first-time hood when scoring at York last time and has since moved well on Warren Hill.
David Milnes

Shaped better than his finishing position suggests on his debut at Newbury. Has been kept back for soft ground and should put in a bold bid with improvement on the cards.
Pietro Innocenzi

Ger Lyons appears to have found a glorious opportunity for this mud-lover who is rated 108 and has officially 10lb in hand on her rivals. She is unbeaten at the track and will love conditions so should be very hard to beat.
David Jennings

Came from last to first to gain a belated first success in convincing fashion at Sandown recently and can defy her small rise in the ratings.
Dave Edwards

Got off the markon his handicap debut at Chepstow and easily defieda 3lb rise overcourse and distancenext time. He has a good chance to complete a hat-trick under a 6lb penalty.
Kevin Morley

Thirdin a handicap last time out here, returns to novice company and is not without a chance with the ground conditions to suit.
Rob Sutton

Roger Varian has won with five of his last eight 3yos in Kempton handicaps. He looks for a sixth success withJaleel in the 8.10.

FIRST PUBLISHED 6:00PM, AUG 13 2019
Came from last to first to gain a belated first success in convincing fashion at Sandown recently and can defy her small rise in the ratings