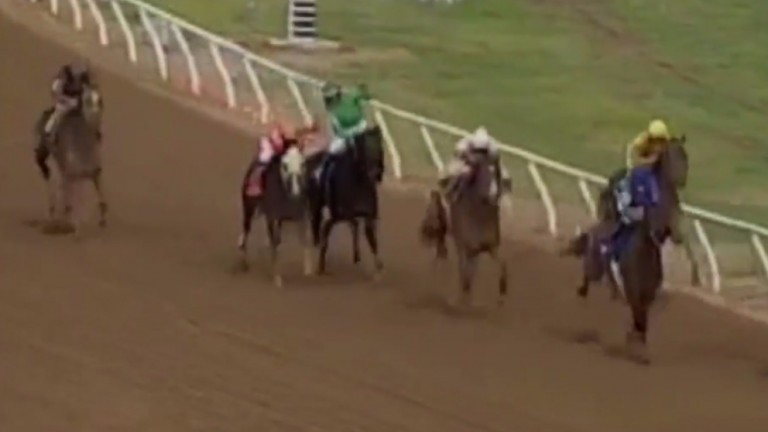 Will Rogers Downs is far from the easiest track to find winners at in the US, but the Oklahoma venue is the sole meeting on Monday and it could pay to side with the most prolific trainer.

Scott E Young, who used to be a rider before switching to training, has finished top of the trainer's leaderboard at Will Rogers for the last two years, averaging a win strike-rate of 26 per cent.

He currently sits second behind Robertino Diodoro this time around, but he has had five winners and two seconds from just 13 runners at the meeting since it got underway just seven days ago and he appears to have two strong chances of adding to his tally.

Young teams up with last year's top jockey, Floyd Wethey jnr, onTickle Bunny in the $9,350 mile claimer (7.45) and should be boosting his already impressive strike-rate.

This five-year-old mare took 12 attempts to get off the mark but she did so stylishly, winning a $42,075 maiden special weight contest at Remington Park in December 2018 when with Steve Asmussen, before being tried at stakes level.

She was clearly outclassed in that $145,000 race but returned a winner when staying on powerfully to take a decent allowance contest at that track in November last year after a 13-month layoff.

Tickle Bunny had another three months off the track after that before suffering plenty of trouble in running in a claimer at Sam Houston Park in February,then ran a creditable race in a much better claimer than this at Oaklawn last time despite missing the break.

She now makes her debut for Young in a weak contest at a less competitive track and is fitted with blinkers for the first time. The morning line price of 2-1 represents value.

Young is doubly represented in the $13,860 maiden claimer (8.45) later on the card and his runners– Nurse List andD R C's Arm Candy – will probably fight out favouritism.

The fact Wethey jnr has chosen to ride Nurse List could be considered a pointer, but that filly posted a speed figure of just eight on her penultimate outing and the consistency of D R C's Arm Candy's form is a lot stronger.

This four-year-old has to give 6lb away to her younger rivals, but she has been knocking on the door and posted a career-best effort when second on her debut here last time (Tomey's Lexus in third).

She showed plenty of speed that day before being collared late on by a fancied rival and a similar display could see her break her duck at the seventh attempt.

FIRST PUBLISHED 6:00PM, MAR 22 2020
She now makes her debut for Young in a weak contest at a less competitive track and is fitted with blinkers for the first time