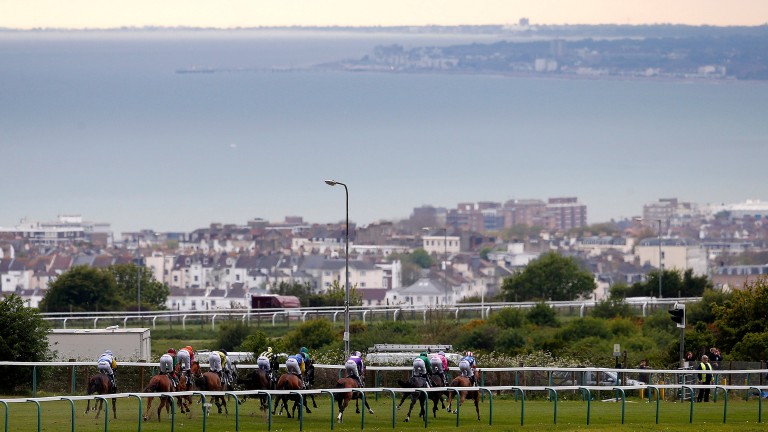 Best performance of the year last time out when runner-up in a better race at Windsor. Will take all the beating if reproducing that effort.
Simon TurnerIf you rate the ratings, you can have our handicappers' view on every race as part of ourMembers' Club Essentialpackage

John Gosden's three-year-old has been gelded since his last outing in the spring but is fit from some sterling work on the Al Bahathri of late.
David Milnes

Has dropped 4lb below his last winning mark and a change of tactics last time at Newmarket, where he was held up, brought about improvement. A similar strategy can pay dividends.
RaceformOur analysts from Raceform find eyecatchers at all meetings in the UK and Ireland, every day.Essential subscriberscan read their expert view on every race

Finished an encouraging third on her Newmarket introduction over seven furlongs recently and should appreciate this step up to a mile.
Dave Edwards

Stable going great guns and Knowing opened his account in 1m2f handicap here (good to form) in good style three weeks ago. Up 3lb but this longer trip will suit and he has good prospects of following up.
Peter Entwistle
Racing Post Spotlights are the industry standard for horse-by-horse pre-race previews and tips. You can access them for all races by subscribing toMembers' Club Essential

Third on debut at 33-1 over course and distance 11 days agobehind Malvern, who is entered at York this week. Has a good pedigree and improvement is likely.
Rob Sutton

Esspeegeeis 3-3 when running at Brighton (+£15.00 to £1 level stakes), compared to a 0-14 record elsewhere on turf. The Alan Bailey-trained six-year-old returns to the East Sussex track for the first time in over a year in a first-time visor at 3.40.

FIRST PUBLISHED 6:00PM, AUG 19 2019
Will take all the beating if reproducing that effort