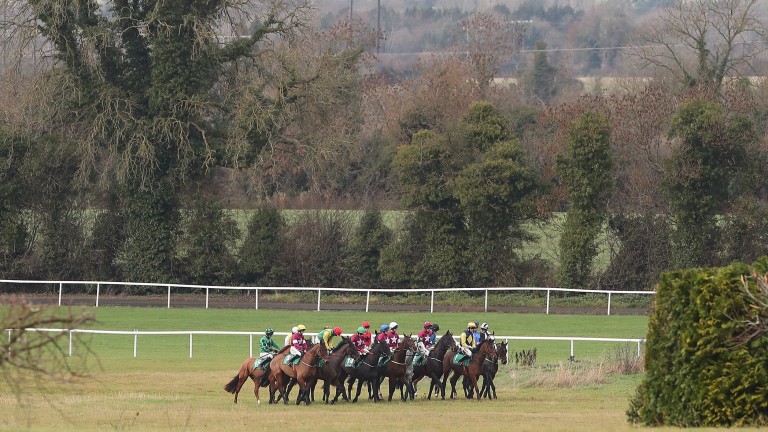 It is Troytown Chase (2.30) day at Navan and the feature 23-runner handicap chase poses its usual tough test for punters.

JP McManus, who owns a whopping nine runners set to go to post, and Gordon Elliott, who trains seven, are the key connections involved, as well as trainers Joseph O'Brien, Paul Nolan and Henry de Bromhead, who are all doubly represented.

Ravenhill looks the pick of the Elliott team, while Tower Bridge (O'Brien) and the Paul Nolan-trained Fitzhenry appeal most in the McManus colours. A more speculative vote goes to the the lightly-weighted Young Paddymc, locally trained by Tom Gibney.

McManus and O'Brien aim to start the day on a positive note with Entoucas, whose from ties in with several high-class performers, though Elliott could also have a big say in the 2m4f maiden hurdle (12.30) with Thatsy.

The following Monksfield Hurdle (1.00) is effectively a match between the Gordon Elliott-trained pair. Already a Grade 3 course winner at 2m, Abacadabras should be able to concede 6lb to stablemate Fury Road.

Recent course-and-distance second Encore Lui can go one better for McManus and trainer Liz Doyle in the 2m handicap hurdle (1.30).

The beginners' chase (2.00) can be narrowed down to I'm A Game Changer, a promising third at this venue, and Demain Des L'Aube, who made a bright start for Henry de Bromhead at Cork.

While the closing 2m6f handicap (3.00) will hopefully go to either Mister Fogpatches and Miles To Memphis.