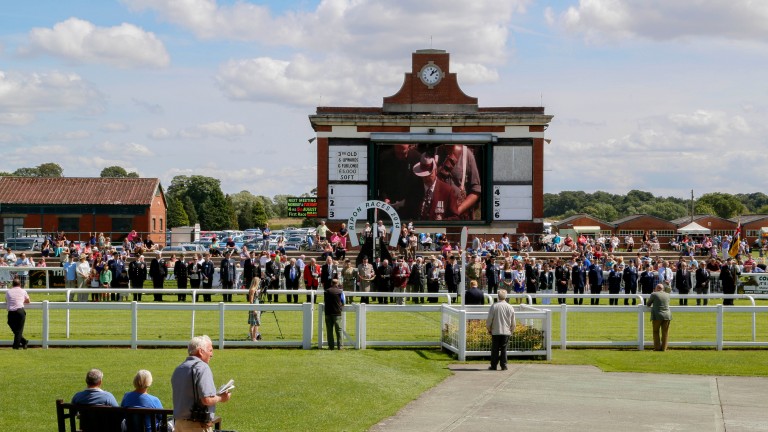 Ripon is one of my favourite tracks for Tote Placepot perms. The bias towards front-runners and largely competitive action often mixes together to provide a winnable, yet profitable pot. Hopefully that is the case for this afternoon's racing.

Mick Appleby's Zim Baby has to be on the shortlist for the following 6f handicap (12.35). She was slowly away last time and deserves another chance. What A Business, who should race prominently, is also worth a second look.

Hopefully we can get likely favourite Justified out of the frame in the 1m4f handicap for three-year-olds (1.10). I prefer the chance of Sir Mark Prescott's Lismore, who will surely improve for the fitting of first-time cheekpieces.

The four-runner 0-87 handicap (1.40) presents a difficult puzzle. You don't want to be crashing out at this stage and it's worth playing safe with recent scorers Mambo Nights and King's Castle. Mark Johnston's Trumpet Man could be the pace angle and is taken as well.

The front-running Sameem is my bet of the day in the feature 1m2f handicap (2.10). Arctic Fox is a potential improver and is included in a bid to double up.

Banking on one runner in the final leg (2.40), in which the top 12 horses on the card are separated by just 4lb in the weights, is a risky strategy. However, Appleby's Vocatus looks potentially chucked in on his second start for the stable and I'd be shocked if he didn't hit the frame.

FIRST PUBLISHED 6:00PM, JUL 7 2020
I prefer the chance of Sir Mark Prescott's Lismore, who will surely improve for the fitting of first-time cheekpieces