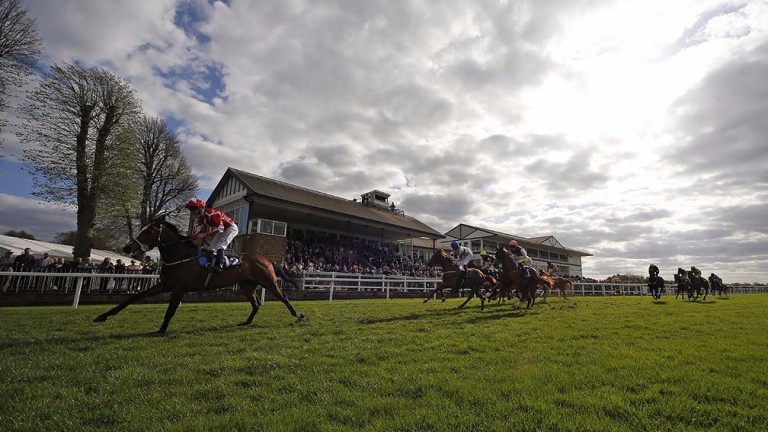 There isn't much quality on show at Windsor but all six legs of the Placepot perm feature eight or more runners, which is far more attractive than Pontefract's small fields.

Improving three-year-old Refuge looks banker material in the opening 5f handicap (1.00). The Mick Easterby-trained son of Harbour Watch has improved drastically since the fitting of cheekpieces and bolted up at Musselburgh seven days ago.

You can also keep your units down in leg two (1.30) as the Richard Hannon-trained Good Listener looks tough to beat if building on his debut third at York, which came on soft ground.

Oisin Murphy rarely leaves Windsor without a winner and he partners soft ground winner Dream World in the claimer (2.00). Turf maiden Scale Force has some form in testing conditions and is also taken.

The bang-in-form Water's Edge picks himself in the 1m2f handicap (2.30), while Twpsyn, who was second behind Nicola Currie's ride last time, should also feature at the finish.

The feature 0-85 handicap (3.00) looks wide open. Mostawaa often hits the frame, so is a must in Placepot perms, while I'll take a chance on the well-handicapped Ballard Down at a big price.

Mr Top Hat, who has finished in the places on 23 of his 49 starts, should hit the frame in the closer (3.30). Moxy Mares, who returned to form last time, completes the list.

FIRST PUBLISHED 6:00PM, OCT 18 2020
The Mick Easterby-trained son of Harbour Watch has improved drastically since the fitting of cheekpieces and bolted up at Musselburgh seven days ago