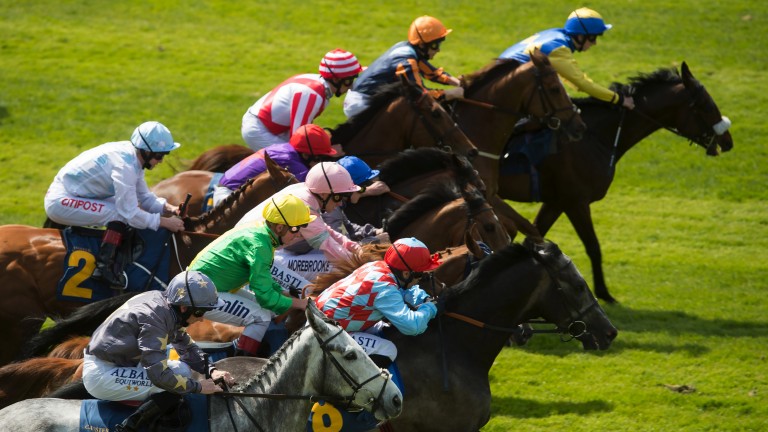 There is a big front-running bias at Pontefract and that can often cause shock results, which leads to blockbuster Placepot payouts.

The first four contests on the nine-race card are maiden or novice events, so you will need plenty of luck as well as judgement, especially in the opening 5f contest (12.45) where all 12 runners make their first start.

Mark Johnston's juveniles have been crossing the line in front across the country since the restart and £36,000 purchase Sam Bellamy has to be included, while Disco Beats might be ready to strike at the first time of asking for John Quinn.

Experience goes a long way in juvenile contests at the moment and Bonne Vitesse should be included in the 6f fillies' maiden (1.15), as well as George Boughey's newcomer Susucaru.

Ralph Beckett's Speed King and Crispina, who makes her first start for Roger Fell, are the two chosen for division one of the 6f maiden (1.45).

I hope to get the Johnston-trained Motion beaten in division two, instead banking on the experienced Magical Moment for trainer Kevin Ryan. She showed a decent level of form on her debut at Haydock.

The first handicap on the card (2.50) looks wide open. Richard Fahey has four of the 11 runners, the best of whom could be Three Coins, while the well-drawn Leapers Wood shouldn't be out of the first three.

If you get through to the final leg, a 2m1f handicap (3.20), you will be grateful of the decision to go with three selections. Seinesational and Sassie are taken at the top of the weights and Olly Murphy's
Ginistrelli is also included as Silvestre de Sousa is booked.

FIRST PUBLISHED 6:00PM, JUN 9 2020
I hope to get the Johnston-trained Motion beaten in division two, instead banking on the experienced Magical Moment for trainer Kevin Ryan