Elegant Escape will be hard to beat back at suitable track 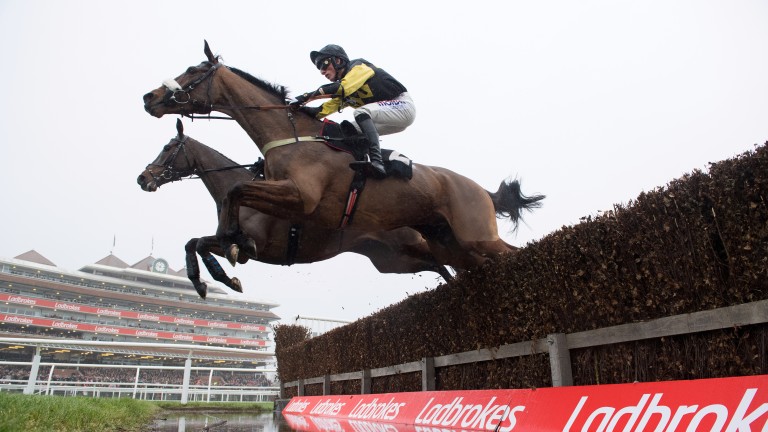 Has slipped to a good mark and ran well in first-time visor (on again) over inadequate 2m trip last time. Return to this distance will be much more to his liking and fancied to break a losing run.

Should love the testing ground and ran well at Leicester last time.

Useful hurdler but has surpassed that level since switching to fences and sets a high standard having already bagged a Grade 2 this season. Fancied to take all the beating back at a track that should play to his strengths.

Finished an eye-catching third in a fair race on last month's Taunton hurdling debut and will be hard to beat if building on that run.

Will enjoy trip, track and ground, and eased to a mark of 140 he can defy his long absence.

Finished a creditable third at Gowran last month and may prove the pick of Gordon Elliott's four runners.

The Tom Taaffe-trained five-year-old has improved with each run over hurdles, winning a 2m maiden at Navan in good style on his most recent start last month. He can follow up in today's five runner novice event over the same trip.

Philip Hobbs has won the 2m bumper at Exeter with his last three runners to take part. All were ridden by Richard Johnson and he takes the mount again onGaucho Gil at 5.10.

*There are no tips from Newmarketon Sunday

FIRST PUBLISHED 8:00PM, FEB 10 2018
Useful hurdler but has surpassed that level since switching to fences and sets a high standard having already bagged a Grade 2 this season