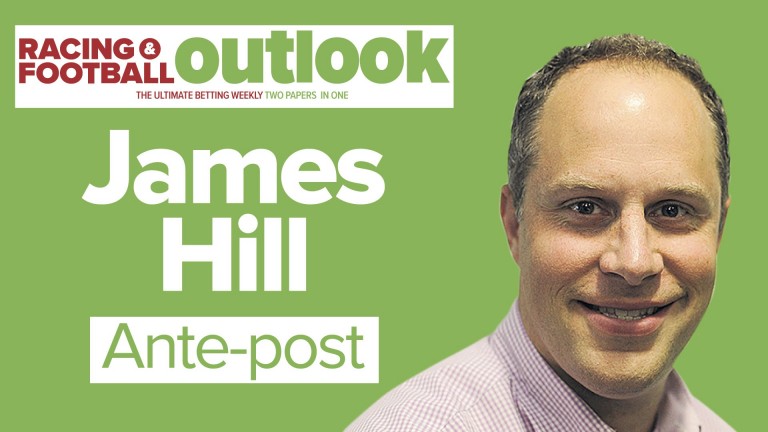 How good is Envoi Allen? So far the Gordon Elliott-trained seven-year-old has conquered all before him, with 11 wins from 11 starts, and never once has he really looked like being beaten.

That said, he's never completely creamed the opposition despite starting at short odds. For instance, he began this season a 1-14 shot on his chase debut at Down Royal yet only won by six lengths.

The Marsh Novices' Chase is Envoi Allen's likely target at the festival for which he is odds-on across the board, but it is surprising to find a horse who was rated as high as 160 as a novice hurdler who has yet to record a double-figure winning margin under rules.

He is one of three 2020 festival winners who have made the perfect start to their chase careers.

Supreme Novices' winner Shishkin and Albert Bartlett victor Monkfish are, like Envoi Allen, now heading the markets for Cheltenham's Grade 1 novice chases, with Shishkin bound for the Arkle, while Monkfish will likely head to the Festival Novices' Chase.

A look at the average winning distance of all three makes for interesting reading.

It's said with Envoi Allen that we should not worry that he isn't winning his races by far as he's a horse who only does enough.
Personally I think that's a load of rubbish. There's no real evidence that horses do 'just enough'. Yes, you get a few who idle in front, but in most cases the winning margin tells us a great deal about the winner's margin of superiority.

Envoi Allen keeps winning but he doesn't keep winning by far. We still don't know how good he is, and while there is the chance he's still some way off reaching his peak, there's another possibility he actually doesn't have too much in hand.

I felt his Ballymore success at last year's festival, as impressive as it looked, had as much to do with Davy Russell's brilliance in the saddle as anything else, while the time of his Drinmore victory in November was poor given they missed out a fair few fences, and he's certainly not done enough over the larger obstacles to warrant odds as short as 8-11 here.

The favourite's price for the Marsh means there is value to be found in this market, and with some firms now going non-runner no bet, I think we should take the 33-1 about Chatham Street Lad.

On his performance in the Caspian Caviar Gold Cup at Prestbury Park in December, there is simply no way this horse should be so big.

That was some performance given he smashed the 148-rated Midnight Shadow by 15 lengths with a competitive field a further 12 lengths further back. And that form has worked out with four subsequent winners coming from it.

However, some pundits remain lukewarm about that victory. Perhaps it's something to do with the fact he's trained by the charismatic Mick Winters rather than Elliott or Willie Mullins.

Times change. When I was growing up the Irish used to pile in behind their smaller yards with the likes of Tom Foley and Fergie Sutherland. They were successful with good horses, and I see no reason why Winters does not have one right now.

Critics will point to the fact Chatham Street Lad failed to follow up his Cheltenham performance at Fairyhouse last time. However, he finished a perfectly respectable third over a trip too short.

A return to 2m4f and more patient tactics will bring out the best in the selection, who has won three of his five starts this term and has clearly improved for fences as a horse of his size and scope should.

He has lots of options for the festival, but after that performance in the Caspian Caviar, I would think the British handicapper will find it difficult to rate him below 155. The average starting price of horses who have run off that mark or higher in the Marsh is a tick under 4-1, and I don't think there is any harm taking the 33-1 with the concession available.

Expert jury: 'Royale Pagaille will be suited by Cheltenham and ticks the boxes for Gold Cup'

FIRST PUBLISHED 10:00AM, JAN 26 2021
Perhaps it's something to do with the fact he's trained by the charismatic Mick Winters rather than Gordon Elliott or Willie Mullins