Thriving Thafeera could head to Doncaster 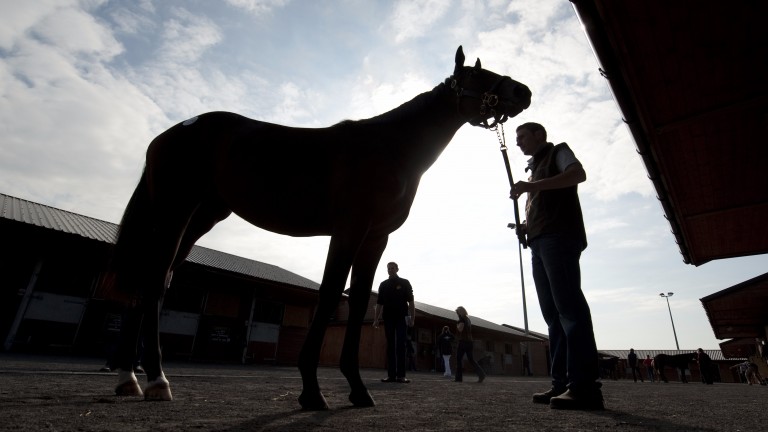 Thafeera could head to Doncaster after she runs at Salisbury
Edward Whitaker
1 of 1
7:55PM, SEP 6 2017

Twice a winner on the all-weather this season, she doesn’t want the ground too soft and a couple of times we’ve tried her on turf it’s turned against her.

She’s won her last two and we might even give her a shot at the Sceptre Stakes at Doncaster next week.

Cherubic contests the Bet totejackpot at betfred.com Nursery Handicap (6.10) at Chelmsford. She’s on a low mark and this will tell us whether she’s worth keeping.

The Bet totequadpot at betfred.com Handicap (7.10) on Chelmsford’s bill is where Bradfield Magic goes and she should be thereabouts. She looks great.

Munthany might need to find a few pounds to win the Wickham Engineering Maiden (9.10). He’s coming back in trip as I don’t think he stayed a mile and a half last time.