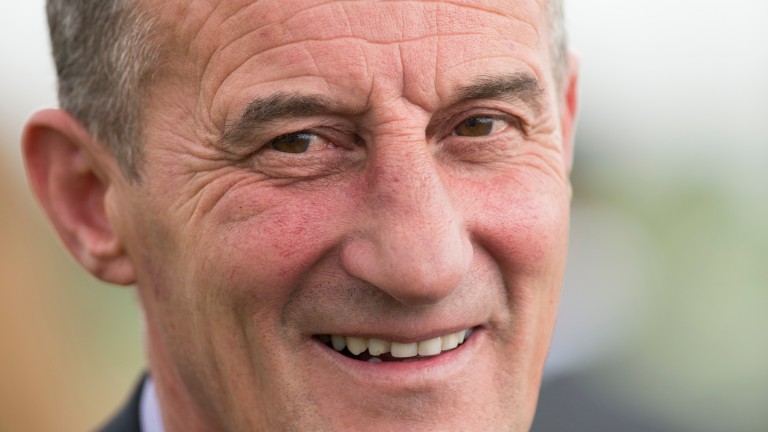 It’s very hard to win the Kerry National carrying a big weight. The highest winning weight carried was 11st 3lb by Alfa Beat, who was winning the race for the second time in 2011.

With that in mind and given that conditions will be extremely testing, it’s worth taking a chance on the lightly raced Bay Of Freedom off a light weight.

Peter Fahey’s eight-year-old won at this meeting last year and has scope for improvement having run just four times over fences, winning twice.

He needs to show more than when fourth at Tipperary in July, but he may have done too much out in front there on ground that was on the quick side for him.

He comes here fresh, though, and will handle conditions. He is untried over this far but has won over 2m7f.

Pillar Of Society is worth a bet in this tight three-year-old handicap.

Richard Hannon’s charge is the only runner with proven soft-ground form and should have the race run to suit as the only front-runner in the line-up, potentially allowing him to poach an unassailable lead from his low draw.

Those tactics saw him land two handicaps this season at Windsor and Newmarket, both over a mile on slow ground.

With stamina likely to be vital in the conditions, it also helps that he has been running over further whereas most of his rivals have had their races over 6f or 7f.

Pillar Of Society is probably not the most talented horse in the field and may still be vulnerable, but he should run a solid race and it may take a good one to get past him if Sean Levey can get the fractions right.

David Simcock’s Sumbal has shown his best form in the mud and is fancied to prove too good for his rivals on his first start in a year.

It is a slight concern that we haven’t seen him for so long, but he won on his seasonal debut at three and it bodes well that Qatar Racing have kept hold of him.

He won his first three races over this distance in France in 2015 before running with credit in the Prix du Jockey Club, finishing fifth behind New Bay when good to soft ground may have been a shade quick for him.

Sumbal failed to win at four but was far from disgraced in Group company in the first half of the season.

The move to Simcock failed to yield a win in two Group 3 starts over 1m4f in which he looked a shade one-paced, but a return to this trip should help, he will relish the soft ground and, given Simcock has a terrific record at Doncaster, he looks the best value.

Fast Act has lots going for him in this big-field handicap and could go well at rewarding odds.

Kevin Ryan’s sprinter hasn’t been at his best in a light campaign, but he was in similar form last year before landing a brace of handicaps last autumn and now races off a mark 3lb lower than his last win.

Although Fast Act has yet to race on ground this soft, he has won on good to soft and his sire Fast Company’s progeny have an excellent record on soft and heavy ground.

FIRST PUBLISHED 8:00PM, SEP 12 2017
He will relish the soft ground and, given Simcock has a terrific record at Doncaster, he looks the best value