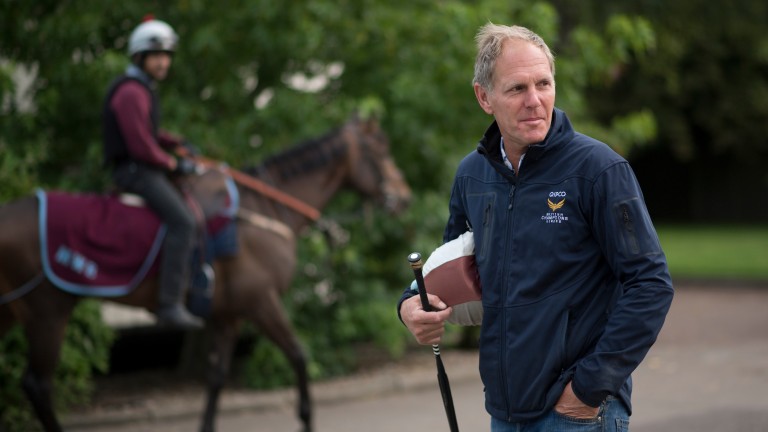 I have mentioned plenty of times before the staggering strike-rate that Michael Bell has at Catterick (11-27 in the last five years, a 41 per cent strike-rate) and yet again he sends just one runner to the course in the shape of India. The trainer won this race last year with an improving type and India fits the same mould, having just her sixth career start and only her third on turf. The three-year-old filly is related to Big Orange, so the step up to 1m4f will suit, and she ran really well when last seen finishing fourth at Yarmouth. That race was undoubtedly better than the one she tackles today and although her head carriage is slightly high for my liking, she rates my best bet of the day.

Hopefully I'm not barking up the wrong tree here as this is not the type of race, nor horse, I tend to get involved with, but Athassel interests me in the Wolverhampton opener. David Evans' race-fit nine-year-old, who seemingly runs every week, has fallen down the weights like a stone through water (now runs off 57, 21lb lower than when last successful in May last year) and is interestingly partnered with Stevie Donohue. The jockey has ridden Athassel five times in his career, all of which came when moved to Evans' yard at the end of 2016, and has won three times. Athassel has mainly been partnered by amateurs since and it's intriguing that Evans has gone to the trouble of booking Donohue for the mount.

FIRST PUBLISHED 8:30AM, JUL 18 2018
Although her head carriage is slightly high for my liking, she rates my best bet of the day