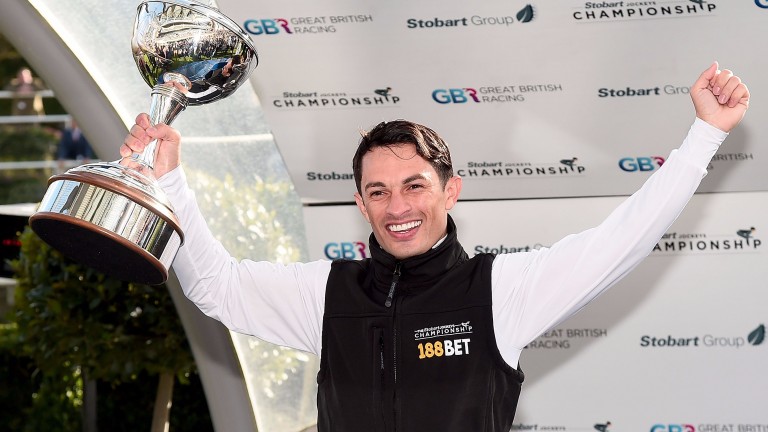 The handicapper seems to have most of the field in this 0-75 1m2f contest in his grip, but Peace And Plenty has shown that he has the ability to go close off a mark in the low 70s the last three times and should score under Silvestre de Sousa. He's never been out the first three in six starts on the all-weather and has been beaten a length or less in his last three starts. Up 1lb today, the front-runner, who will have to overcome his draw in stall 11, will look to dominate from the outset.

Eve Johnson Houghton's three-year-old son of Delegator has been one of the biggest improvers of the year – has gone up 35lb in six runs since April– and can enhance his all-weather record to two from two. He showed an electric turn of foot when weaving through the field to land a 7f handicap here in September and has improved since with a second-place finish in a Listed contest as well as two brilliant runs in handicap company. He's had a month off and looks primed for a big run.

Four miles on heavy ground at Hexham sounds like something that should be included in a Tough Mudder competition. However, six horses and their, hopefully, very fit jockeys tackle the marathon and it could be Onderun who comes out on top for the Bewleys. Making only the second start for his new yard, the strong stayer will have come on for his seasonal reappearance last time out when sent over an inadequate trip and boasts some decent backform, including when fourth in an attritional affair at Plumpton last season. His rivals have hardly any form over this kind of trip.

FIRST PUBLISHED 8:30AM, NOV 22 2017
He showed an electric turn of foot when weaving through the field to land a 7f handicap here in September and has improved since