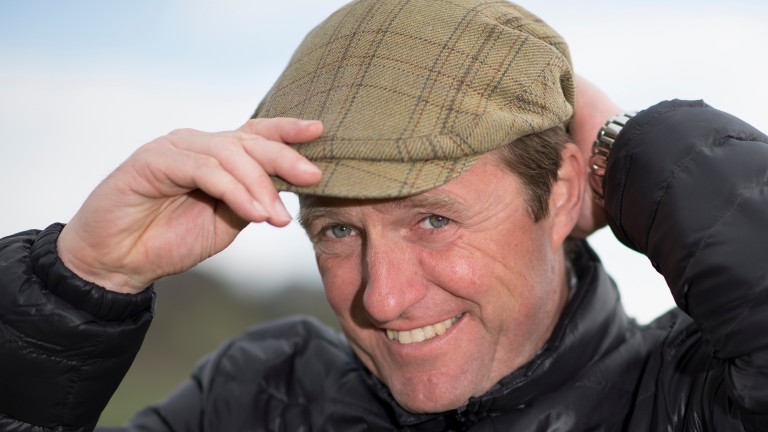 William Haggas' three-year-old gelding was well fancied in all three of his six-furlong novice runs as a juvenile but disappointed and recorded form figures of 866. Stepped up to an extended mile and gelded over the winter, Mashaheer proved he was a handicap blot off a mark of 70 when hacking up at Nottingham under today's rider Jim Crowley. He's taking a pretty big step up in grade here, but connections have kept him to his own age group and conditions are expected to suit once more. A 9lb rise shouldn't halt his progression and, although his draw in stall 11 is a slight concern, he's got to have a great chance of following up.

As you can tell, I'm a fan of Ralph Beckett's Airmax. Not the Nike-branded trainers, but the Maxios colt who makes his fifth career start in Haydock's opener. He caught my eye in his two starts last year, finishing sixth on both occasions, and looked the type to strike in handicap company this season. Stepped up to 1m3½f at Windsor for his first start in that sphere, he ran a creditable race to finish second after being impeded round the home bend and the winner looks a useful sort. He'll get further in time but he can certainly strike over this trip and the fact he's only 1lb higher and Beckett has booked Haydock specialist Richard Kingscote makes him impossible to oppose.

Paco Escostar looked a horse to follow when extremely unlucky last time out but this contest looks harder and he'll be hard-pressed to hold off the challenge of Ruth Carr's Loulin. The three-year-old looked bang average in maidens last year for David O'Meara but had a wind op, was gelded and moved to Ruth Carr over the winter and showed significant improvement to finish second on his return to action. He faced an impossible task that day, finishing three and a half-lengths behind Eeh Bah Gum, who has won twice since and is now rated 76. Loulin was giving him 6lb that day and the handicapper has been unbelievably generous to drop him a 1lb in the weights despite running a great race. I'm struggling to see how he gets beat.

FIRST PUBLISHED 8:30AM, JUN 7 2018
A 9lb rise shouldn't halt his progression and, although his draw in stall 11 is a slight concern, he's got to have a great chance of following up