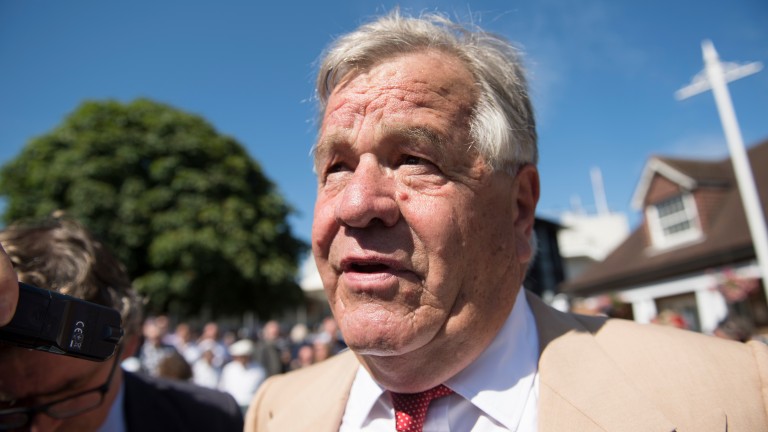 Some good horses have won this Listed event and it'll be no different this year as Sir Michael Stoute's Mustashry holds a clear chance of adding his name to the illustrious list. The five-year-oldhated the ground when tenth on reappearance last year and quickly made amends with victories at Chelmsford and York, when he beat subsequent Group 2 Huxley Stakes winner Forest Ranger. He was found out on his final start on the good to soft ground, but gets his ideal conditions on his return, the step up in trip should definitely help and he's better than this grade.

Half of the eight runners lining up for this seller can be written off immediately, leaving Kody Ridge, Major Crispies, Arcane Dancer and Bling King. Kody Ridge will no doubt be supported in the market but this trip is further than he likes and he'll be floundering inside the final furlong as they come up the hill. Major Crispies is well weighted now and Tudhope takes over from a 7lb apprentice, but he's only won four of 72 runs and isn't the most resolute in a battle. That leaves Bling King and Arcane Dancer, who are closely matched on their runs at Carlisle last time out, but preference is for the former given he'll have come on a lot for his reappearance and has a better draw in stall five.

Ed Walker is striking at 24 per cent in the last fortnight and Garbanzo must have a huge chance to boost that record in Doncaster's finale. The gelding showed clear promise in three maidens as a two-year-old before being gelded and meeting with a setback which saw him miss his three-year-old season. He hasn't performed to the same level in two starts this year, but his handicap mark has now dropped to 71– a rating that's well short of the potential he showed as a juvenile– and the fact Walker hasn't given up on him suggests he clearly think better is in the locker. This 0-70 event is weak and, in my opinion, he should be favourite.

FIRST PUBLISHED 8:30AM, JUL 6 2018
The fact Walker hasn't given up on him suggests he clearly think better is in the locker