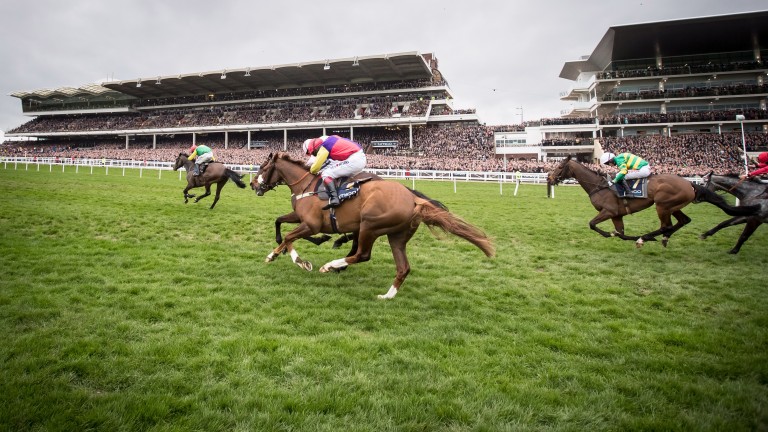 Cheltenham: host the first of their three-day meeting on Friday
Patrick McCann (racingpost.com/photos)
1 of 1
8:30AM, NOV 17 2017

On The Blind Side(3.35 Cheltenham)

Nicky Henderson looks to have another good one on his hands in the shape of On The Blind Side, who scored much easier than the three-quarters of a length winning distance suggests at Aintree last month. The Alan Spence-owned five-year-old ran really green on that occasion, but got the job done well and the step up in trip is certainly a positive.

This four-year-old gelding, who is set to make only his fifth start for trainer Richard Fahey, looks very interesting now back on the all-weather and is worthy of a punt. He is much better on the synthetic surface and a mark of 72– the same as when he was seen finishing third over this course and distance– is lenient enough to warrant support.

Paul Henderson won this race last year with Un Beau Roman, who lines up again, but he looks to have a better chance with the Paddy Brennan-ridden Doitforthevillage. He remains on a career-high mark but ran well at this course last month when sixth behind Foxtail Hill and would have gone close in the Grade 3 Red Rum Chase last season had he not stumbled on landing seven out.