The Punt Daily: three to back on day one of the York Ebor festival 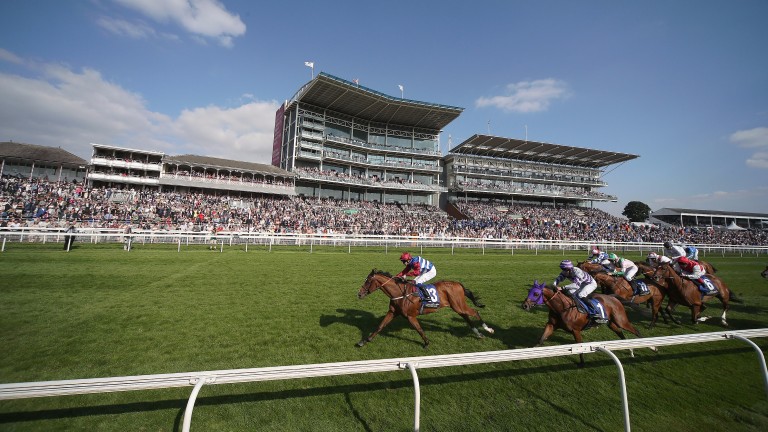 Lovely long-striding son of Farhh who bolted up in a decent maiden at Goodwood on debut under Silvestre de Sousa and who can maintain his unbeaten run despite taking a huge step up in class. Recording an RPR of 93, Mark Johnston's two-year-old made all after breaking well from a middle draw and never looked like being caught. The Topspeed figure and time back up the strength of his performance and he looks a Group 1 horse in the making. (Tom Collins)

Three runs this season have been fairly dreadful but Thesme has been dropped 9lb for them and given a break and it wouldn't be a surprise to see him ready to roll now. Frankie Dettori has been booked –his three rides for the yard since 2015 have finished 212, with the latest second coming aboard Thesme when well punted for a Glorious Goodwood handicap last year –and a bold show can be expected from a horse who was fifth in last season's Nunthorpe and has plenty of track form. (Paul Kealy)

Trainer Kevin Ryan enjoys plenty of success at this meeting and, after his well-documented problems earlier in the season, has his string flying now. Luis Fernandez's form has not dropped all season, winning three of his four starts. He is improving with every run and he could be well treated off a mark of 84 in a first-time handicap with Jamie Spencer booked to ride. (Tom Park)

Let our experts point you in the direction of the winners with invaluable punting pointers delivered directly to your inbox. Sign up hereto get our free newsletter every week