The Meydan Punt: three fancies for day one of the carnival 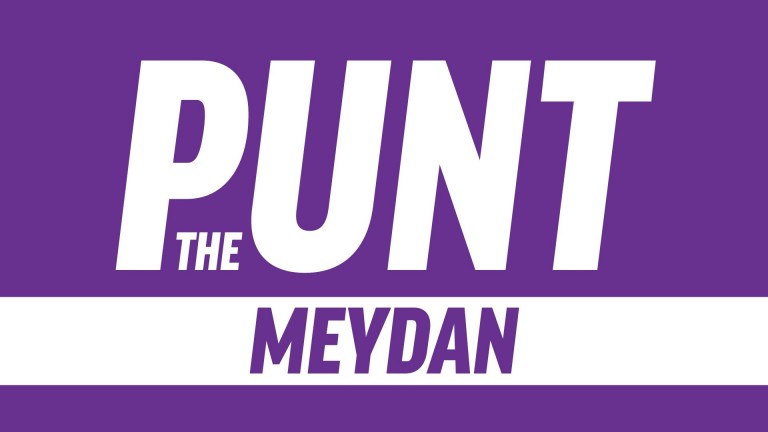 There is nothing like a Godolphin good thing to get the Dubai World Cup Carnival started and the Saeed Bin Suroor-trained Dubai Beauty looks just that. The Frankel filly arguably comes into the race with the best form, not only in this race but with form that rivals and possibly surpasses that of Godolphin's previous winners of this race.

This is a race Godolphin love to win, having claimed it in six of the last seven years, and three of the last four winners have been trained by Bin Suroor.

Dubai Beauty got off the mark nicely on debut at Newmarket before disappointing as favourite in the May Hill Stakes. But she was then only two and a quarter lengths off Lily's Candle in the Prix Marcel Boussac despite racing wide and keenly the whole way.

The Simon Crisford-trained trio of runners and Nashirah could be useful in time, but I expect Dubai Beauty to be a Group 1 level filly and she can prove that here.

Faatinah came over to Meydan in 2018 and had a very respectable campaign which finished on World Cup night with an eighth-placed effort in the Al Quoz Sprint. He's not had the best season back in Australia but has never been too far away, even in Group 1 company, and still retains the class he showed last year.

Faatinah comes into this race on a mark of 110 having won his first race at the Carnival last year off 112 in arguably a much stronger race than this one. I think the drop to 5f should suit the Aussie speedball who will burst to the front early and hopefully not be for catching.

Hit The Bid is the main rival after a cracking 2018 and Alfolk could be absolutely anything for Meydan veteran Mike de Kock but I think Faatinah should have enough in the bag to win.

The Group 3 Dubawi Stakes looks a tricky little contest but it is these early sprints where My Catch tends to thrive and this looks a bit easier for the selection without usual suspects Comicas, Muarrab or Reynaldothewizard running.

Despite stablemate Drafted running a big race last time under Sam Hitchcott, I'm sure Pat Dobbs would have had the choice on the ride for trainer Doug Watson and has gone with previous Group 3 winner My Catch. I think this race will be a lot tougher for Drafted after a Listed win last time out, and My Catch rates the better bet.

Above The Rest could be useful but it is his first time on dirt while High On Life and Raven's corner could find this a bit too hot to handle.

FIRST PUBLISHED 9:00AM, JAN 3 2019
There's nothing like a Godolphin good thing to get the Dubai World Cup Carnival started