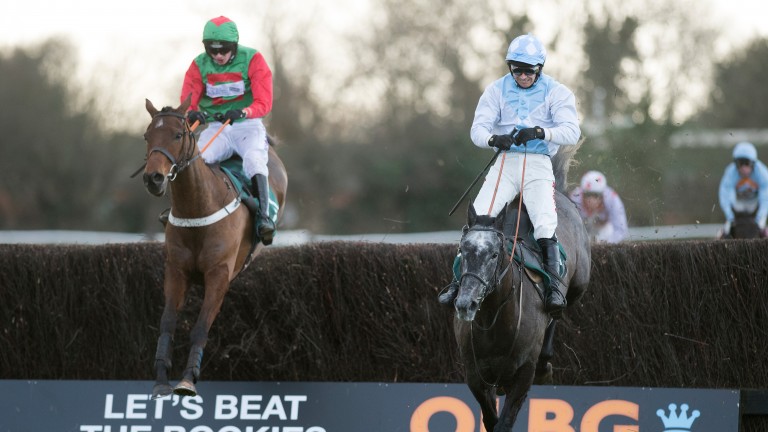 Delivered on promise with a smooth win at Kempton last time under Amelia Glass, who rides again and whose 7lb claim can help negate an 8lb rise.

Seems best going right handed with some cut in the ground so can make his light weight tell at the business end.

Has a fine record on the course and though without a recent win, has dropped to his lowest mark for nearly four years and fancied to bounce back for the David O'Meara team.

Phil McEntee's stable star is fancied to rack up his sixth win of 2018 on a return to his favourite venue where he has the assistance of Luke Morris for the first time. The four-year-old looked in good shape when boxed over to the Bury Side on Tuesday.

Has run well in defeat on all five starts at the track, most recently chasing home subsequent Surrey National winner The Artful Cobbler. Weighted to take all the beating.

Hot-footed to victory in style at Wolverhampton nine days ago and a hat-trick beckons for this rapidly improving sprinter.

Shaped as though he would come on for the run after his seasonal reappearance, and with trip and ground to suit, he should go well.

The Pat Martin-trained eight-year-old is a course specialist with eight victories to hisname on the polytrack, six of them over today’s one mile trip and the most recent of them two weeks ago. He can add to his tally off bottom weight and with Killian Leonard again on board.

Gingiliis 2/2 at Exeter and Noel Fehily has form figures of 11P1 when taking the ride on him. They pair up again for the 4.50 at the Devon track.