Super six: ones to back on Tuesday's cards in Britain 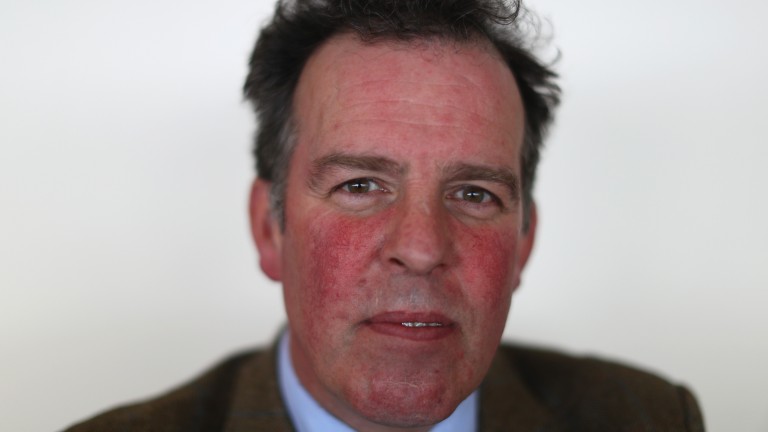 Tom George: trains Cernunnos, who got back to winning ways at Bangor last time
Michael Steele
1 of 1
UPDATED 1:30PM, OCT 23 2017

The Tom George-trained Cernunnos(3.20) built up a 13-race losing streak after scoring at Leicester in February 2016 but new blinkers and a career-low mark helped him get back to winning ways at Bangor last time.

The seven-year-old was given a patient ride but he came through to lead jumping the last and crossed the line four and a half lengths clear of the in-form What Happens Now with subsequent winner Clubs Are Trumps back in third. A 7lb rise in the weights still leaves him feasibly treated if the headgear works again.

Philip Hobbs has won the novice hurdle five times in the last ten years so Lord Duveen(2.50) is one to keep a close eye on. This will be his first racecourse appearance but he is certainly bred for the job as he is closely related to the stable’s smart chaser Balthazar King and For Good Measure, who won two hurdles for this yard including one over course and distance.

Subhaan(3.40) was beaten eight lengths at Salisbury in August but three efforts on the all-weather have been much better including his first visit to Gosforth Park last time out in a 1m maiden.

Back up to 1m, Roger Varian’s gelding pushed Irish raider Breeze all the way to the line but couldn’t quite get past.

The three-year-old can go one better against a field of more exposed rivals in this classified stakes.

Ed Walker has chances in the last three races, with Abel Tasman(9.15) perhaps likeliest to win.

The three-year-old was well beaten in his first two starts after a gelding operation but he has improved since moving into handicaps, going down by half a length at Windsor in August before a second here over 1m4f, when flying late after being left with ground to make up.

He can open his account if ridden slightly more positively.

Rubis(4.00) has posted a string of solid efforts this year and can land a third victory of the campaign in the 1m2f handicap.

Richard Fahey’s filly struck at Ayr in June and took her form to a new level at the same venue last time out, overcoming a slow start to catch High Draw in the closing stages. She has only gone up 2lb for that and can follow up.

FIRST PUBLISHED 1:23PM, OCT 23 2017
This will be his first racecourse appearance but he is certainly bred for the job