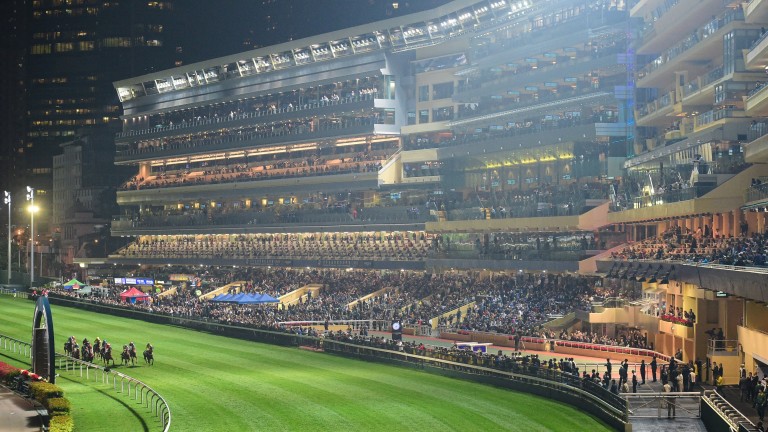 The trainer and jockey have hit top gear in their quests for winners after forging an official link following Moreira’s permanent return from Japan in December.

As retainers go, this pairing is among the most successful of the modern era in Hong Kong and they are tipped to continue making hay with their team of rapid improvers.

Gunnison, who runs in theThe Happy Valley Trophy(1.15), is a typical example. The gelded son of Not A Single Doubt was purchased after winning both starts in Sydney, which included a noteworthy victory in the Group 2 Todman Stakes at Randwick in 2017.

Size has given the four-year-old ample time to settle in and his quiet approach is already paying dividends as he hacked up by four lengths over 6f on the Sha Tin all-weather when last seen.

Sometimes, such authority can mean the horse in question is merely a specialist on the artificial surface, but in this case I believe it is more a sign Gunnison has progressed to a higher level of performance. From gate three, I expect him to win again.

The danger is Super Hoppy, who was responsible for an eyecatching third to Country Star at Happy Valley last start, flashing home late down the outside after being 12 lengths or more adrift on the home turn.

Size and Moreira combine again half an hour later with Insayshable, who drops back to1m½f in the competitiveShan Kwong Handicap (1.45), in which he comes up against the consistent Citron Spirit and Rise High.

His last three runs have been over 1m1f (twice) and 1m2f, while his last win, at Sha Tin in December, came over a mile. He is a smart type, as shown when fourth off a light weight in the Group 3 Centenary Vase last time, and he can win this despite his draw.

Finally,save a little forTornado Twistin the closingBlue Pool Handicap(2.50) in which he canrecord his fourth win on the trot. He will be available at cramped odds but should be included inmultiple bets throughout the card.

He has gone up 30lb in the handicap since his first success but there is more to come from this son of Aussie speed stallion Denman.

Members can read the latest exclusive tipping content such as Pricewise and Paul Kealy from 8pm daily on racingpost.com.

FIRST PUBLISHED 8:00PM, FEB 12 2019
Nail your colours to the John Size and Joao Moreira mast for a late-on-the-card treble