Have faith in tried and tested combination 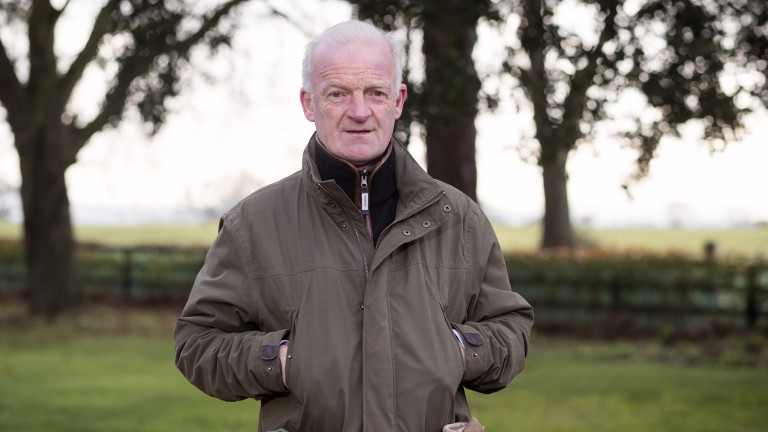 A few words on non-runner no bet before we get stuck into this Cheltenham ante-post series.

The ante-post bookmaker concession was ushered in with a bit of fanfare by a couple of layers as we entered the new year, but I can’t say I got excited about any of the prices on offer – it’s not easy to when the layers in question are betting to more than 200 per cent on races without even an official entry list yet.

Of course, you can’t blame them for being defensive given they have to give all the non-runner money back, but it strikes me that the only horses likely to go off considerably shorter than in their current NRNB market are 100-1-plus to run in the first place and will only do so if something major goes wrong at the top of the betting.

I can’t see the point in wasting my time backing horses  you know just aren’t going to show, especially given that some of them are so defensively priced they wouldn’t be a great deal shorter on the day anyway.

Take Yorkhill, for instance. One of the most ludicrously overhyped horses in the game – a Gold Cup winner in waiting according to plenty until last month – is only 4-1 with bet365 for the Champion Hurdle.

Now, the chances of him running almost certainly depend on Faugheen and Melon not getting there, yet even if they do fall by the wayside, just how much shorter do you think he could get while Buveur D’Air is in the field?

I wouldn’t back him at 4-1 if all three didn’t go given his best 2m hurdle performance is a two-length win from O O Seven.

Non-runner no bet does take the risk out of ante-post betting – but in the vast majority of the cases it takes the value out too.

Anyway, on to part one of this series and the Sky Bet Supreme Novices’ Hurdle.

For the last five years or so the race has tended to revolve around what Willie Mullins runs and his shortest-priced contender during those years has gone off at 5-1, 7-2, 2-1, 15-8 and 3-1.

We always think of Mullins having a stranglehold on the market very early in the season, but it was only after Champagne Fever and Vautour (both 20-1 at the start of the January of their winning years) won that bookmakers started to go overboard and get defensive, with Douvan and Min only 5-1 and 3-1 at this stage.

None of Mullins’ last five Supreme Novices’ first strings had achieved as much by the end of December as his current contender Sharjah has. Indeed, only one of them had matched Sharjah’s peak Racing Post Rating of 152 before getting to Cheltenham and that was Min, who had the misfortune to run into Altior in a vintage Supreme.

Sharjah, however, remains backable at 10-1 because he didn’t come accompanied with the hype often associated with a Mullins/Rich Ricci contender.

Had he stood up at the last Sharjah would definitely have won the Future Champions Novice Hurdle at Leopardstown last month as he was travelling all over fellow faller and stablemate Real Steel at the time and in doing so he’d probably have put up by some way the best performance of a 2m novice hurdler this season.

Indeed, even the tentative 152 RPR awarded is 10lb higher than has so far been recorded by current favourite Claimantakinforgan.

Obviously, the Future Champions race was a crazy event in which favourite Mengli Khan ran out two out, but I loved the way Sharjah went through the race as he shaped like a horse with serious class.

He had to be given a little shake just to wake up going out into the country, but as soon as he realised what was wanted he was travelling easily again and something similar happened just after the second-last, as he lost both ground and position after Mengli Khan ran out, but was soon swinging on the bridle again having gone round the outside.

We don’t know what would have happened to Mengli Khan, but he had his share of disappointments on the Flat for Hugo Palmer and I wouldn’t want to trust him now.

It would obviously be good to see Sharjah have a confidence booster before Cheltenham and I can certainly imagine him trying to make amends in the Deloitte at the beginning of next month.

He won’t be far off favourite for that and if he wins it he’ll line up at Cheltenham as market leader with Ruby Walsh sitting on his back. I think he should be favourite now and anything in double figures is top value.

Nicky Henderson’s Claimantakinforgan has looked tough on his two starts this season, but he hasn’t looked particularly special and I’m sure he’s only favourite because the bookies can’t work out what to do.

Historically, he’d need to improve 10lb on what he has done to be competitive in a bad Supreme (which this might be), but he is where he is in the market because very few horses have shown that much.